To oppose the Sassanians I went with not much to anyone's surprise Romans. There
are many periods one could choose (I intend to do all the periods) but for the middle period these would include the battles of Ctesiphon (233 CE), Misiche (244 CE), Barbalissos (253 CE),  Edessa-Carrhae 260 CE), and Galerius (295 CE).  Theres also the invasion of the
later Roman period as well as the wars against the early Byzantine empire to be covered at a later time. The battles I mention cover the time frame of the miniatures depicted below and some of them were quite large battles resulting in some horrendous losses and defeats for the Romans. Sometime in the future I hope to go into a little depth of these battles and some considerations for their representation on the table top. I plan on painting a largish
group of these 200 foot or so along with a large mounted contingent. They will suffice to
depict some of the campaigns and battles against the Goths during the time of 250-260CE
also. The figures are all A&A figures and quite easy to paint up. The helmets I spent extra
time on as they entailed the very deep napes and reinforced cross-pieces that were
used during this time period. Shields would of been mostly lightly dished oval shaped
but for at least this first unit I went with some variety (looked nice) of substituting some
rectangular shaped ones as well. The tunics painted as linen, pants a off blueish tone,
belts both a maroon for the heavier wider belt and leather color for the smaller ones. 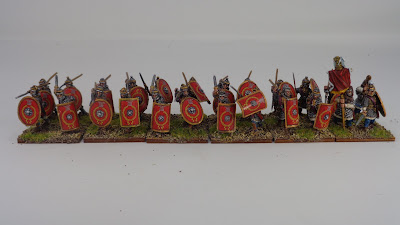 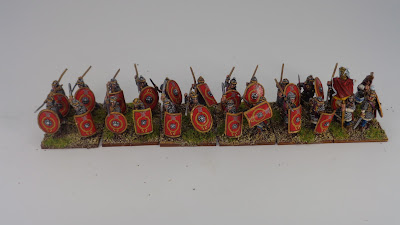 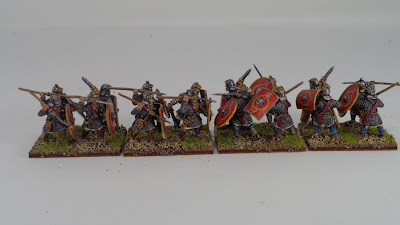 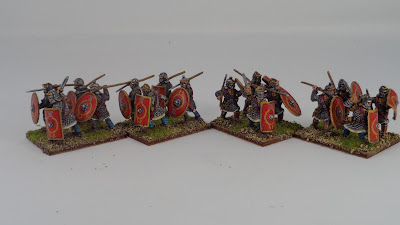 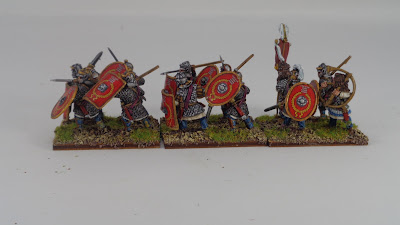 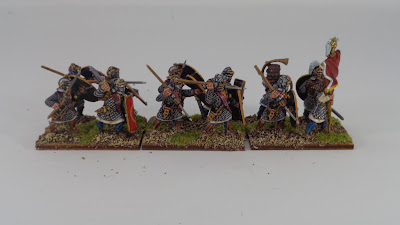 Posted by Oregon painter at 11:56 AM No comments:

My last post regarding the Sassanian infantry I mention my choice to represent two types
of infantry those levied who lack much training apart from those who were equipped with
armor and had some degree of training. I was originally going to use two units but after
some consideration decided to go for one larger unit. Reasoning was the power of mass
and numbers to help inspire any type of confidence in those who would need it most made
the most sense to me. So I went with one block of 32 figures I have included some separate
pics of the additional 16 figures along with a group shot of all of them. These are all A&A
miniatures and Gripping Beast. Soon I will post the Aventine sculpts which are nearing
completion to round out the heavier infantry arm of Sassanian Spah. 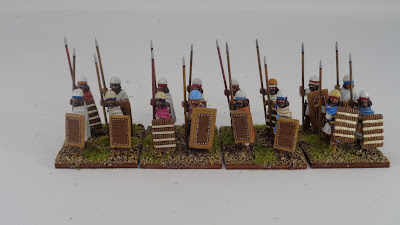 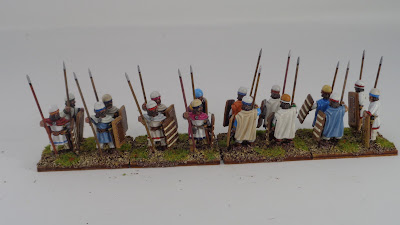 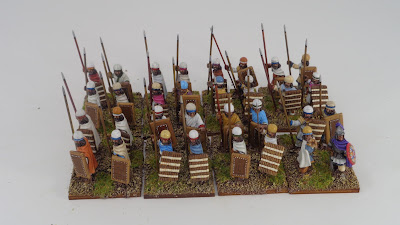 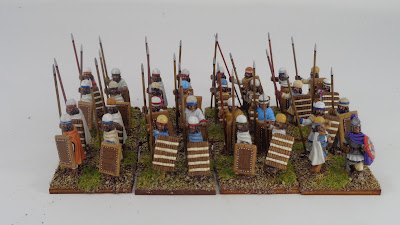 Posted by Oregon painter at 11:28 AM No comments:

The Immortals known as the Javidan were the most prestigious of the elite units within
the Savaran of the Sassanian Spah. Recruitment came from the troops who had shown
superior fighting skill and valor on the battlefield and were used to set the example for
the rest of Savaran cavalry. These men would of been the best equipped with the best
armor of the entire Sassanian cavalry. My personal opinion is that if any troops of the
Sassanians had any appearance of uniform color it would be these units. For my choice
of table top presentation I went with miniatures that were more heavily armored almost
more of a Cataphract look to them. Why I choose this over using less armor but an
uniform choice of colors?  I just like the appearance they gave but either choice would of
worked. I have two units of 16 figures all Aventine and the pics below is the first of the
two units. My next post will include the other unit with mounted command stands. I
have painted nearly 150 plus probably the most work I have ever encountered of any
miniatures I have painted and I'm an certainly glad it is almost complete. 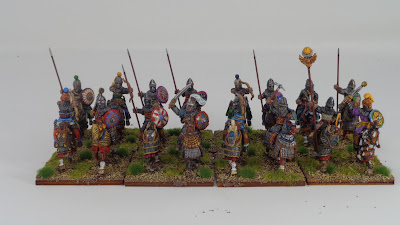 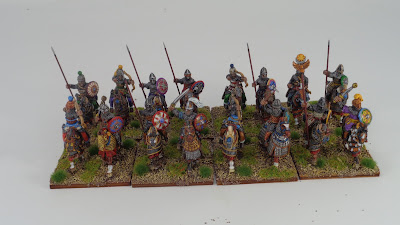 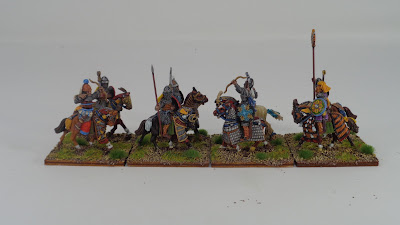 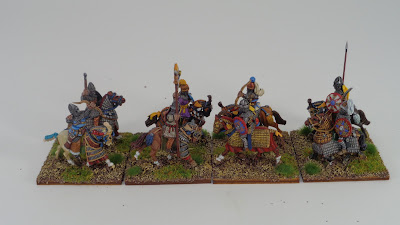 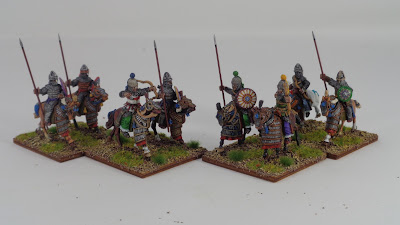 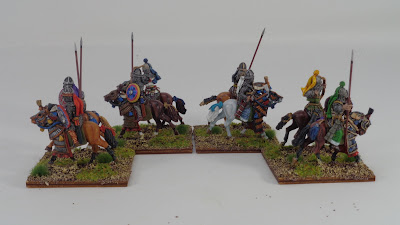 Posted by Oregon painter at 11:18 AM No comments: