Ive included several close up pics for those interested. Size wise they fit in perfectly with Old
glory, Gripping  Beast, and Foundry. When i post pics of the lighter armed horse i mixed in all four
manufactures for variety sake. In my opinion for historical veracity of the appearance of the
heavier armed nobles, Aventine and Old Glory are the best way to go. I have used Foundry's Hun
nobles but these figures will take their place. If anyone is interested in purchasing Hunnic nobles
let me know i can post pics if needed but probably will not keep them (nice figures in their
own right though). 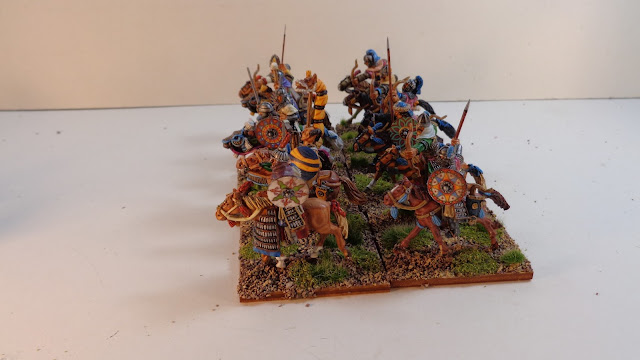 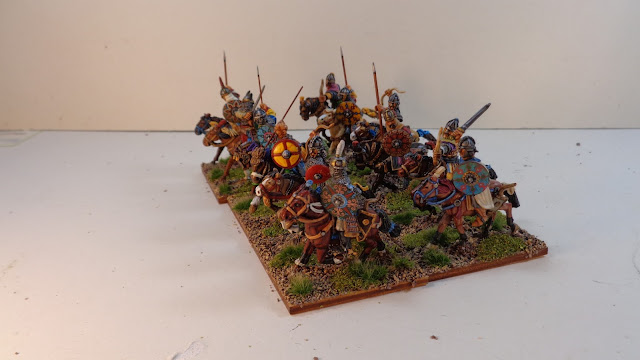 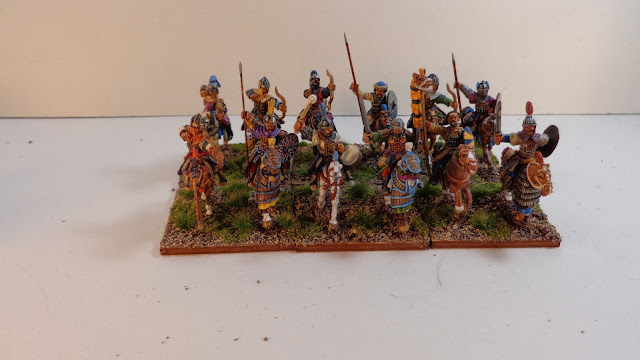 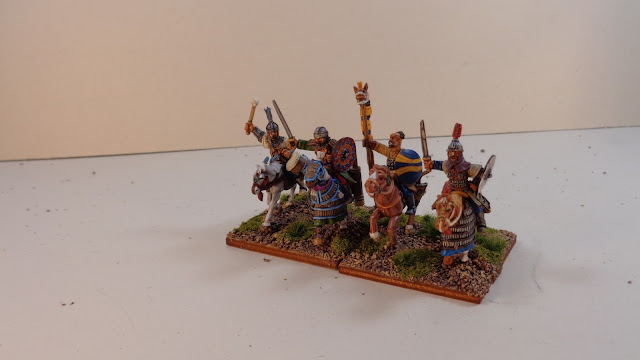 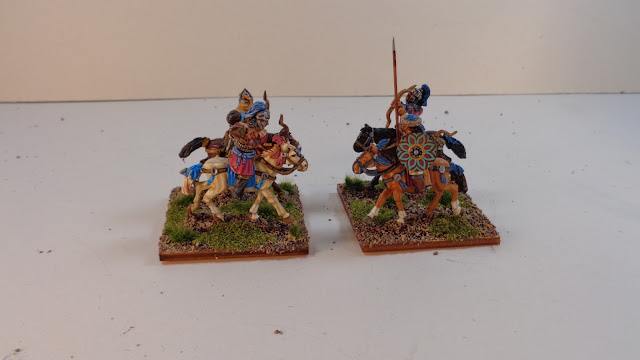 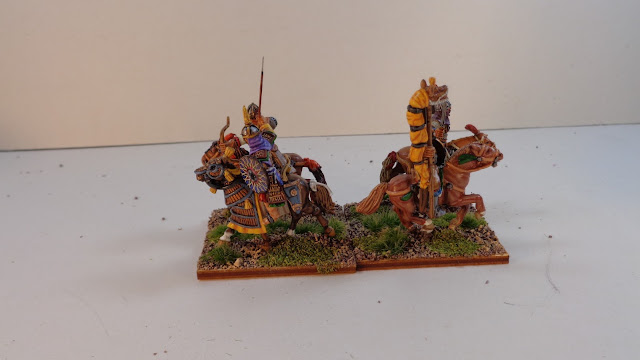 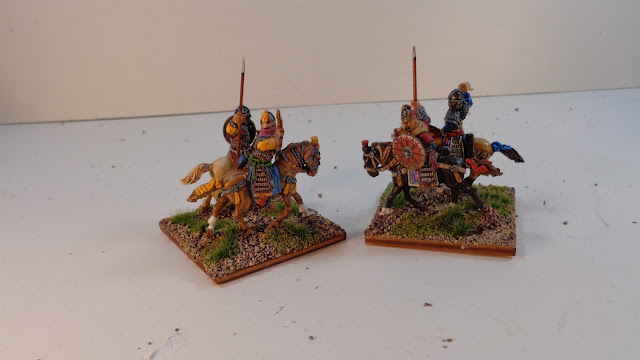 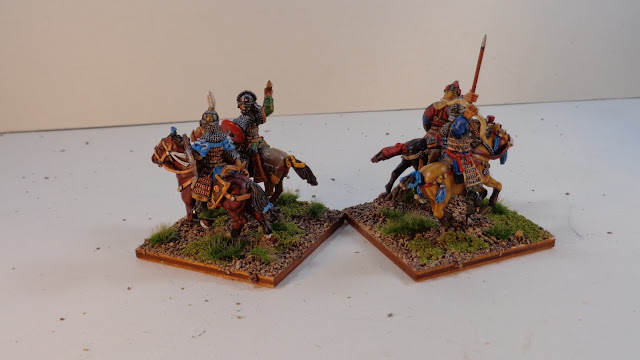 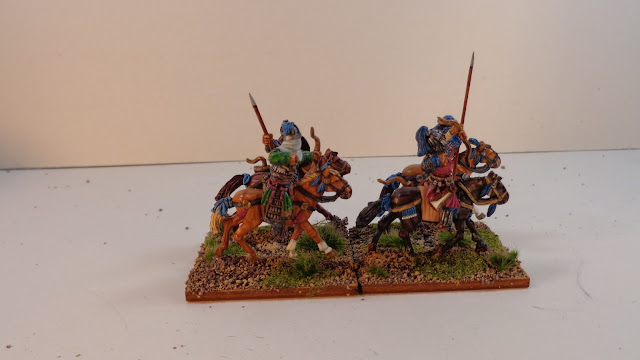 Posted by Oregon painter at 11:26 AM No comments:

Dark ages may well be my favorite period when it comes to collecting and painting historical miniatures. The people of the steppes in 28mm is one of the harder periods in terms of available
models. Old glory does a range which i have a fair share of their nobles but other than that not
much had been available until Aventine released their range a year or so age. Specifically, i want to model both the Avars and the Bulgars armies as these models can be used for both forces. The Avars where noted for their innovation into Europe for the use of horse armor and possibly the the stirrup. Steppe nomads always made use of lightly armed horse archers giving them the ability to swarm and use their firepower to help breakup enemy formation. However in the late sixth century when the Avars settle north of the Danube they were noted for the deployment of heavier lance cavalry armed with lance,sword, and bow. Long coats of mail and/or split lamellar armor into panels to protect the limbs were utilized. These models truly look the part. Plus Avars fought other popular dark age opponents such as the carolingian Franks, the lombards, and the byzantines.

As for the Bulgars after the collapse of the Avars power in the eighth century, they settled north of the Danube where they competed with the Byzantine empire for domination of the Balkans.
Initially the Bulgars where organized like most steppe empires but over time they developed their own sophisticated military hierarchy under their Khan. Their nobles would of been mounted on barded mounts and their armies where equipped with both a large amount of heavy household cavalry and lighter armed horse archers. One other noted fact is they employed mass conscription utilizing a fair amount of slav infantry when on campaign. My intent is to eventually post parts of my collection of the entire components of these armies.

So enough of the backgound material lets get to some pics

Posted by Oregon painter at 10:59 AM No comments: