These miniatures are a mix of both crusader and Foundry. The foundry line is definitely a tad larger....I kept them each on separate bases but they will round out one unit. Saxons of course did not make much use of bowmen so this might be my only unit....perhaps I will add one more? The Saxons will comprise a large amount of figures...hmmmm? Anyway...some pics for those interested. 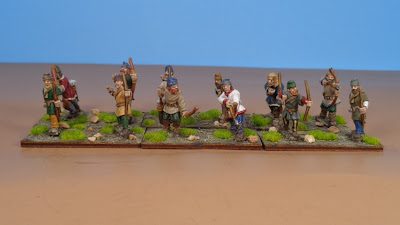 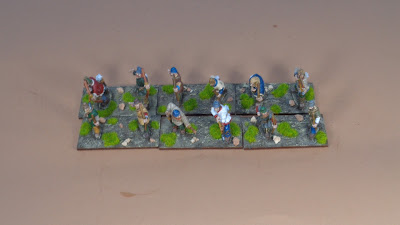 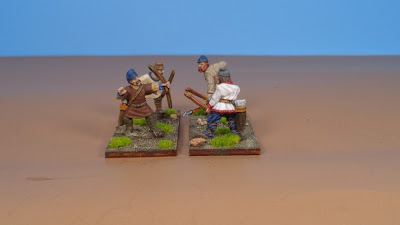 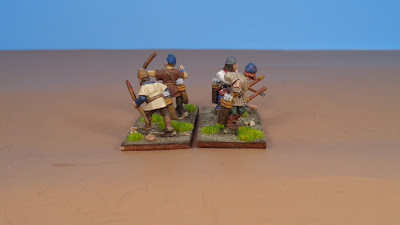 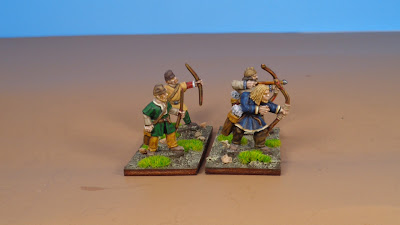 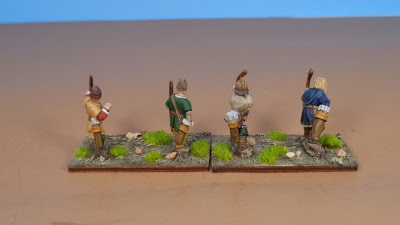 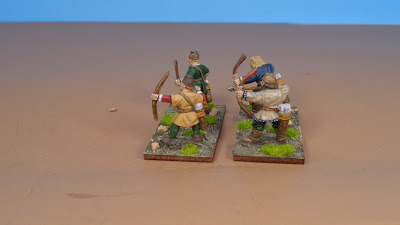 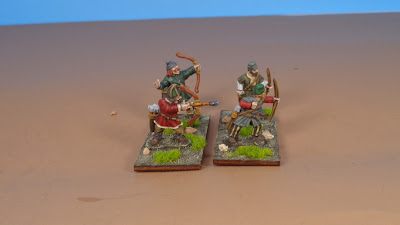 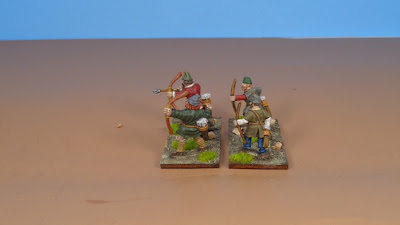 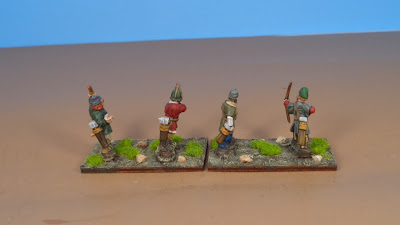 Posted by Oregon painter at 9:40 AM No comments:

Email ThisBlogThis!Share to TwitterShare to FacebookShare to Pinterest
Labels: Saxons

I have slowly been collecting a large Carolingian army. Due to painting restraints progress has been slow going as commission work has been keeping me busy. I prefer largish type forces and I plan on having around 250 figure force with at least 80-100 of them mounted. For the mounted forces I will using both Artizan Design and gripping beast miniatures with Artizan Design being predominant. I will probably include some Footsore Breton cavalry in there for some of the allied mounted arm. The mounted arm my plan is to have a somewhat even balance (60 percent being armored vs 40 percent unarmored) mainly for visual purposes of variety. Colors choices will be a fair amount of blue, white, yellow/ochre for the tunics and scarlet for the leggings. Naturally, I will use other colors (mostly earth tones) to mix in for variety but my understanding is the colors above where some of the more widely favored choices for the Carolingians. Shields....at least for the Artizan figures keeping it simple with one color only...no fancy designs letting the rivets and spirals remain as a steel color as the only contrast. Even on the Gripping Beast shields which do not have rivets and spirals on them I will use the most basic designs...the few that are known that the Carolingians did use for their shield patterns. Basing going with 60mm wide by 50mm deep...it is a tight fit but when wanting a 100 mounted figures force....it does provide some ease with less bases to move the figures. At any rate.....here are some pics. Side note I seem to have finally found the lighting and colors to use for pics that I am happy with (after 3 years).....I do plan to re photo and post many of the dark age armies I have. 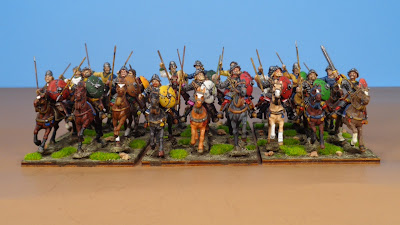 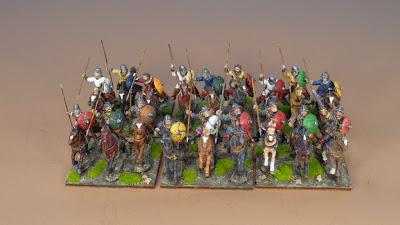 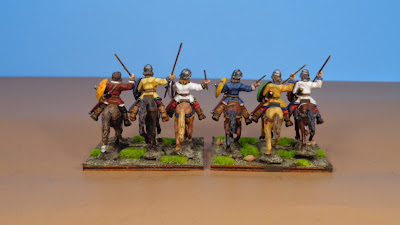 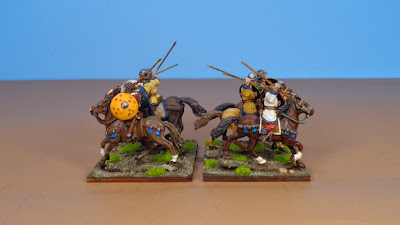 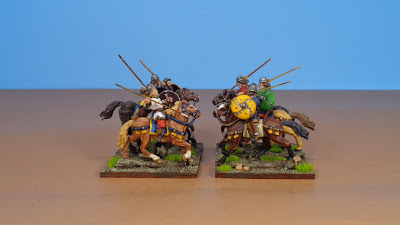 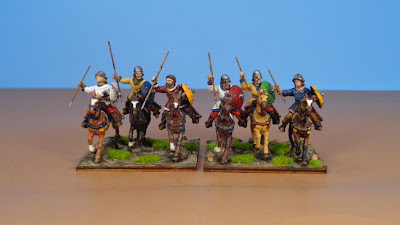 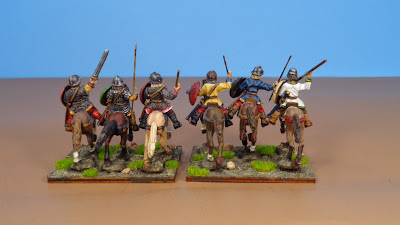 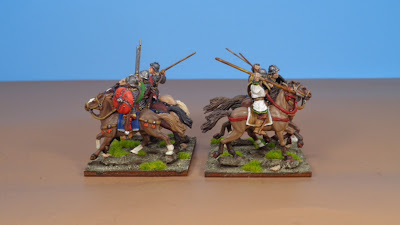 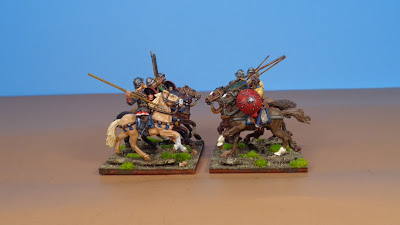 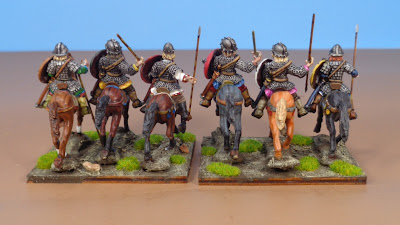 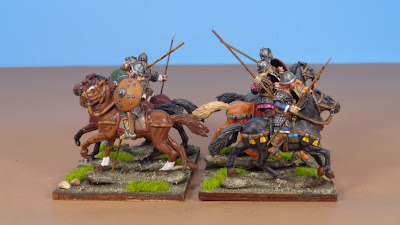 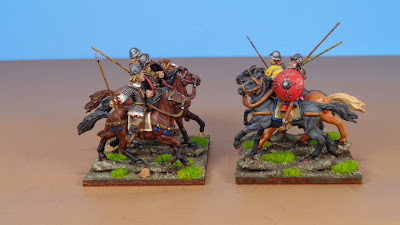 Posted by Oregon painter at 9:16 AM No comments: