Semi large project of a commission project of mainly Saxons with some Sub Roman
figures mixed in. I will be posting a group of the cavalry later.....there are also a group
of archers, slingers, and peasant infantry....but I have chosen to post the heavier Saxon
infantry along with the character type figures including one of Merlin. All the character
figures are from Footsore and very nice miniatures....they do stand a head taller than the
Crusader line and have included comparison pics. However; the crusader line of dark
age figures are also a quite pleasant bunch. Side note all shields hand painted which
I prefer to do on dark age figures. 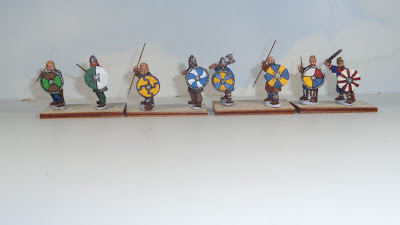 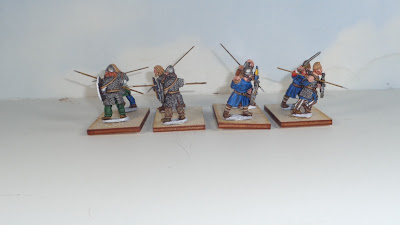 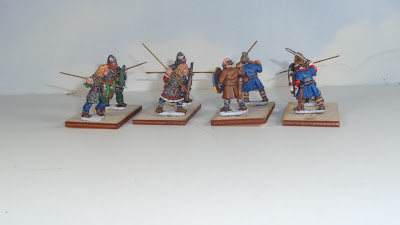 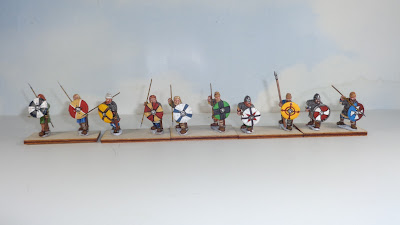 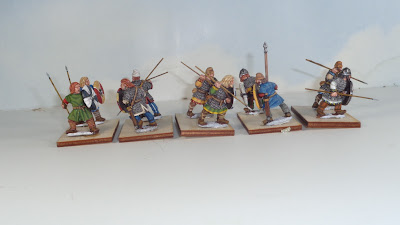 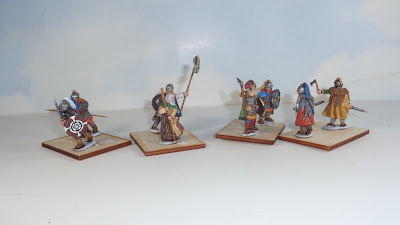 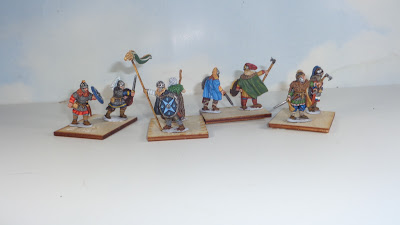 Posted by Oregon painter at 8:26 AM 2 comments:

Email ThisBlogThis!Share to TwitterShare to FacebookShare to Pinterest
Labels: Saxons

Though this blog is mainly dedicated to ancient and dark age time frame....I have been
quite busy with painting for others. My comfort level with painting other time frames is
fine as long as I can be given a vision from the owner of the miniatures on how they want
them to appear. With that in mind these are Copplestone Castings Bolshevik line of
cavalry armed with lances. First time I have ever seen these miniatures in person and
favorable detail in both the faces and the uniform for pain free painting 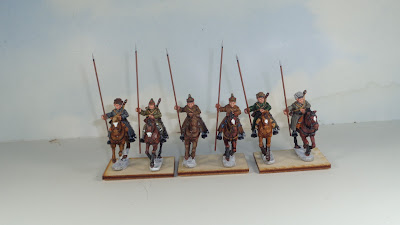 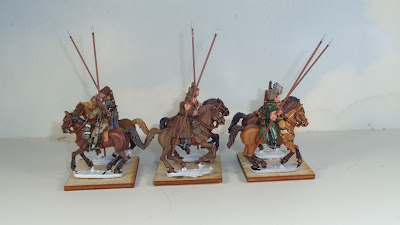 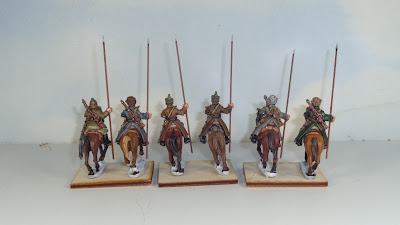 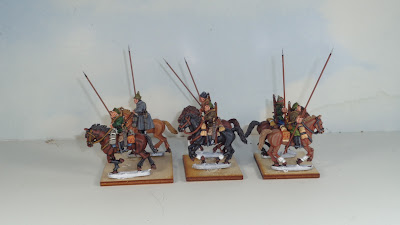 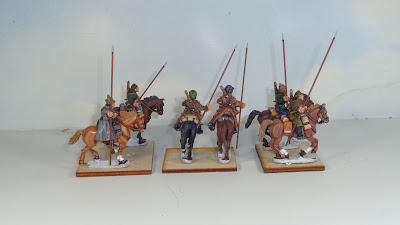 Posted by Oregon painter at 8:11 AM No comments: