I've added 2 additional units of Savaran cavalry representing the clibanarii type bringing
the total up to 4 units of 16. Again a mix of both Aventine and A&A miniatures. As mentioned under the cataphract post i do plan on adding some additional elite units
so these represent some of the last of the regular line cavalry I plan on doing. Currently
I have started in on some of the infantry before i paint up the mounted elites mostly for
the break as these miniatures have been somewhat tedious and time consuming to
paint up and looking for a small break. Overall I am very pleased with how both lines mix
and the appearance of how they all look in mass. Eventually when this army nears completion I will add group mass shots for those interested. However, as I have stated
before this blog is more about close up shots of individual miniatures for those who
would like to have ideas or inspiration for the painting of their own collections. 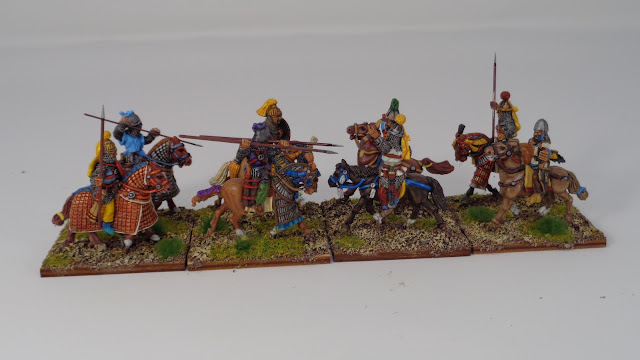 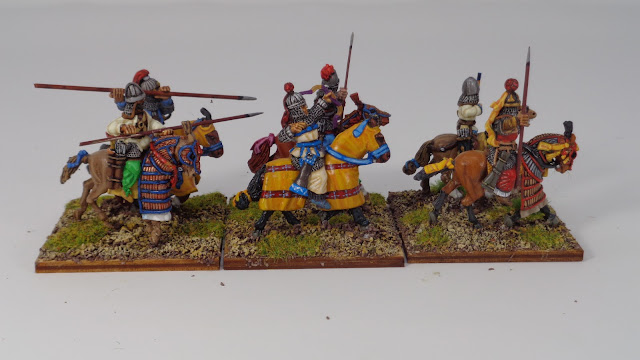 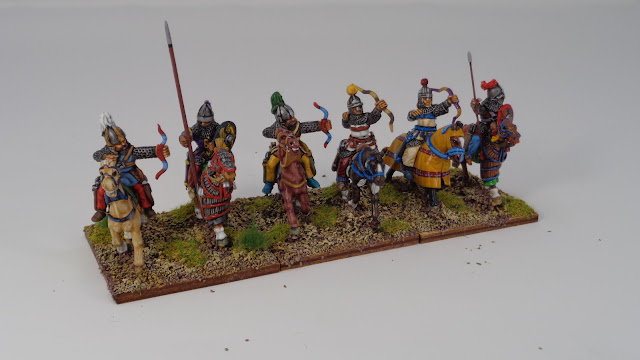 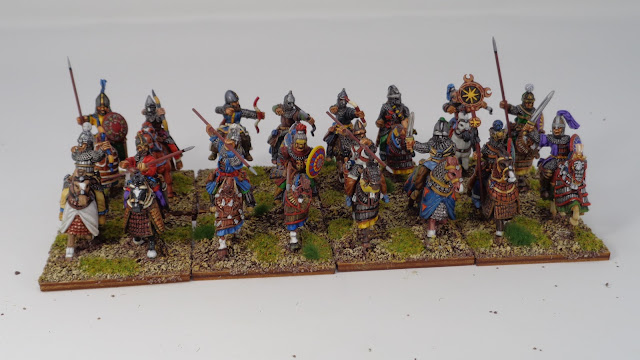 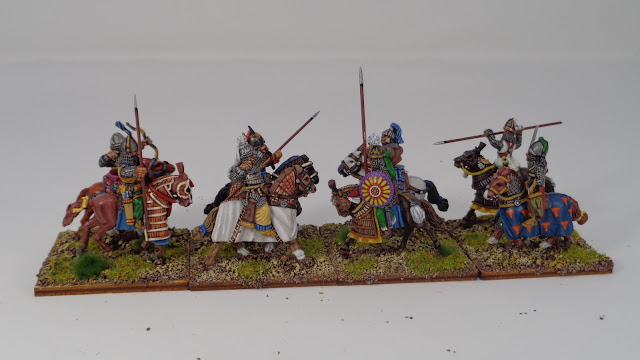 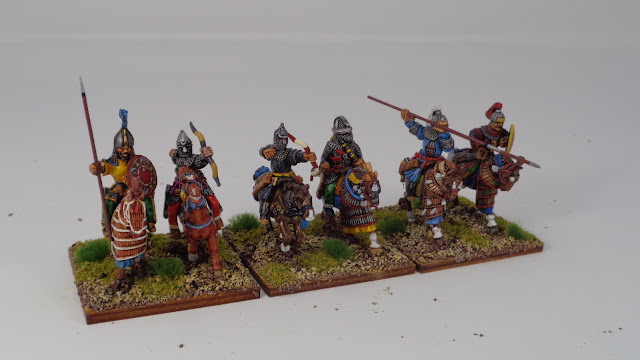 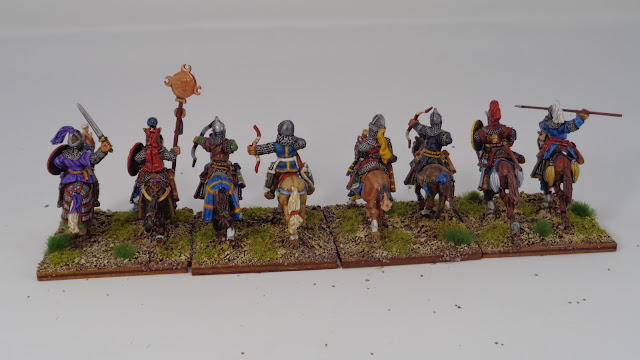 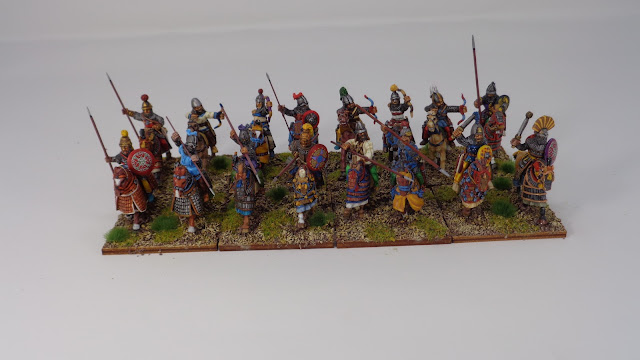 Posted by Oregon painter at 7:05 PM No comments:

The following are a mix of both Aventine & A&A miniatures. My intent is to either have
a single unit of 16 cataphracts or two units of 12. The difficulty of my decision lies in how
I want to represent some of the elite regiments of the Sassanian Savaran forces. I would
like to add two 12 figure units to represent the Javidan (for those unfamiliar these are
the most prestigious units of the savaran sometimes also referred to as the immortals).
The Javidan would of been very well equipped and I'm leaning toward fully armored riders
mounted on only frontally armored horses. The Sassanians also had the Pushtighbban
(life guardians) which numbered 1000 warriors and probably were a royal unit responsible
for the security of the Sassanian Spah. It is not my plan to represent this unit as of now.
Another elite unit was the Jan-separan (those who sacrifice their lives) that I might choose
to equip as a cataphract unit. If so then the unit below would be the single line unit of
cataphracts. 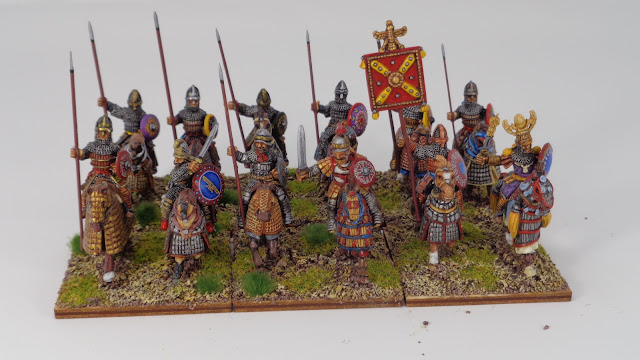 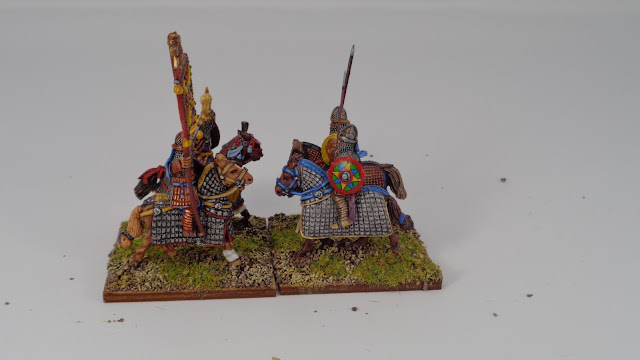 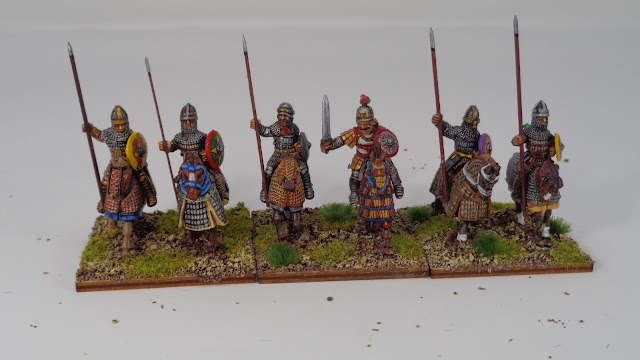 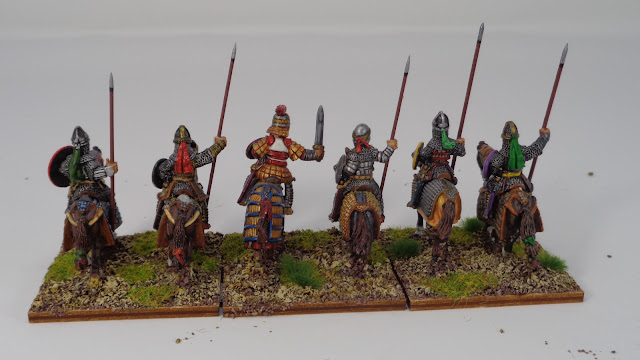 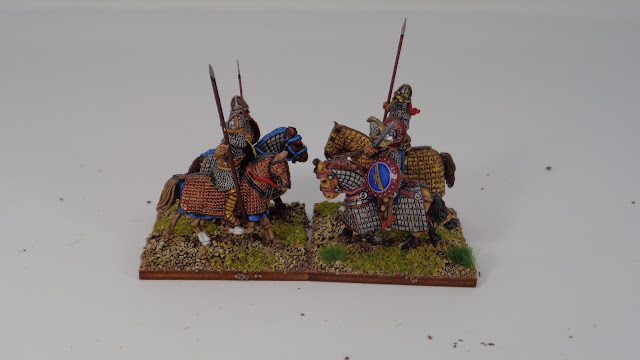 Posted by Oregon painter at 6:46 PM No comments: