The bow was highly regarded and used by the Sassanian military. Both their Savaran
cavalry and much of their infantry were thus armed. My foot archers will be made up
with a combination of both A&A and Aventine miniatures and will probably number wise
be about equal to their spear armed compatriots. I have also decided to base most of
them in a close order formation intended to represent mass barrage fire that I feel the
Sassanians would of delivered. My understanding is they would of used their bow fire
at the beginning of a battle to help soften up the opposition before the Savaran would
initiate their charges. No doubt the flanks of these units would of been protected by
the cavalry while delivering their barrage and once their ammunition became expended or
if threatened by a concerted attack by the enemy they would retire behind the heavy battle infantry who were deployed to their rear. 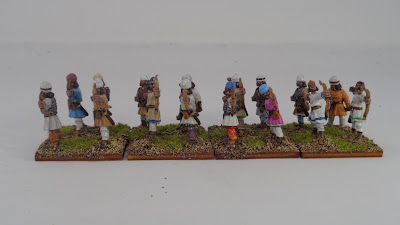 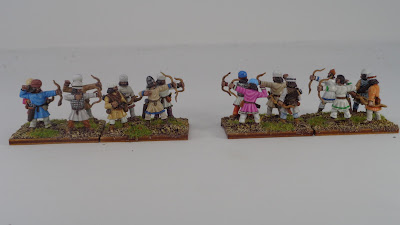 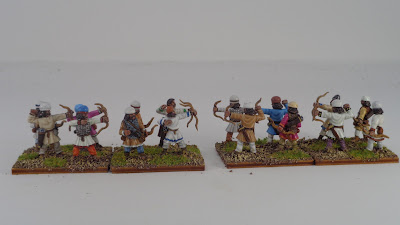 Posted by Oregon painter at 8:55 AM