From time to time I take on commision work for others and the following miniatures is one such
project a saga Russ army. All the miniatures are Gripping Beast the owner will do his own basing
and he provided his own spears and shield transfers for the miniatures. A word on his own spears
they are made out of brass rod are nicely done. Their thick like a casted spear which allows for an
effective look due to the fact that one can detail some painting on them. First up are the cavalry
which comprised two ranges from G.P. both from their Russ range and medieval range of early
Russians of mounted Druzhina. Their is some size difference as you will notice in the pics, the
Druzhina being larger than their earlier range of Russ figures but combining the two ranges does
offer a fair amount of variation in poses. I found both ranges to be very nice miniatures and that
look quite well painted up. I chose not an uniform look, as the mounted nobility should each have
a distinguished look. On the earlier Russ figures the tunics do not contain many folds being
mostly flat which is ideal for adding embroidery an highly effective look. 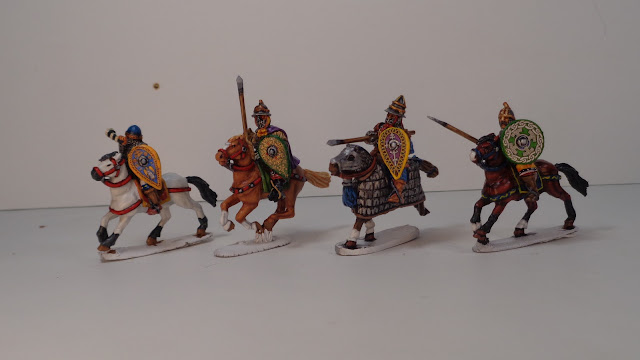 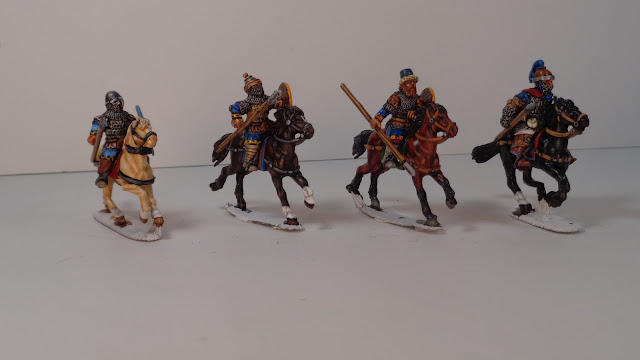 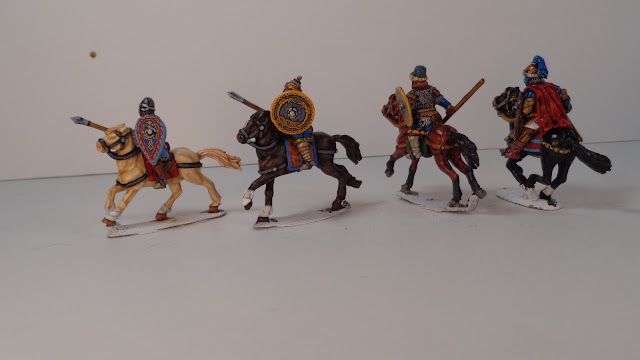 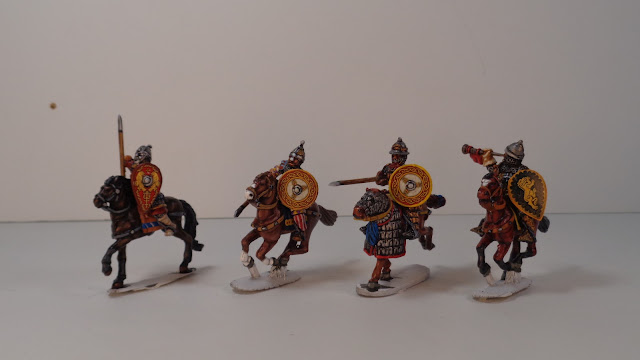 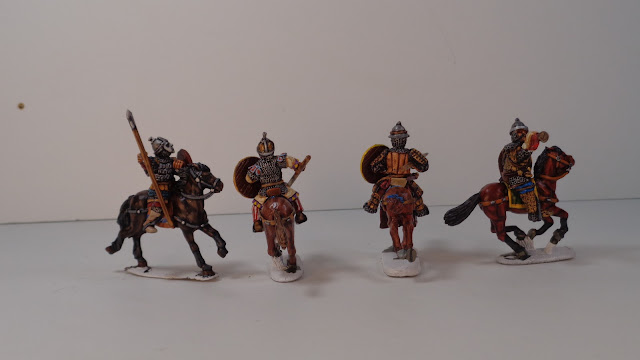 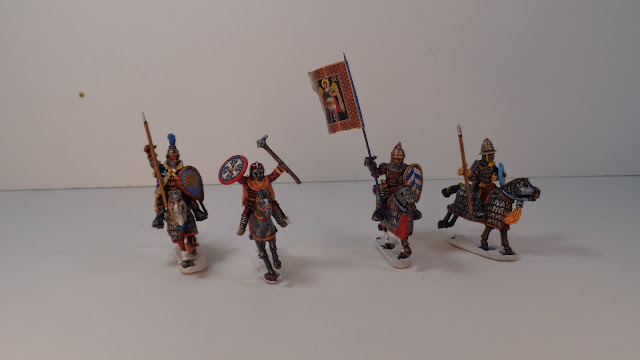 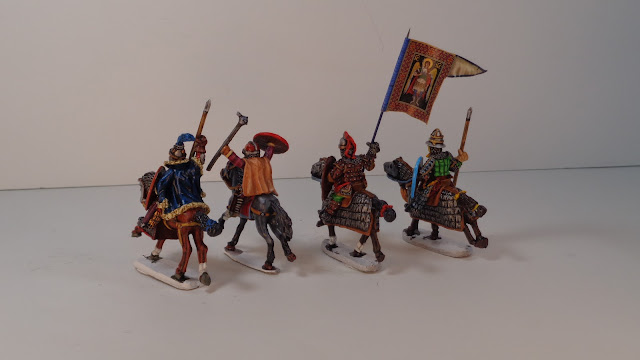 Posted by Oregon painter at 6:45 AM