Part two of the saga Russ army is the infantry. The miniatures come from their Russ range and
are labelled as city militia. Couple comments on them real quick. First the spearmen have a
closed hand to be drilled out to hold the spear which i really like as they keep them fully lodged
in place. Second, the archers bow and hand had to be attached which i found a pain. Some like to do  this as they add their own twist of variation but it does add more work and raises the
possibility of them coming off. Considering that these miniatures were considered militia I did
not go with an uniform look to these figures. I did make the padded armor on the spear figures
a common color of light cornflower blue and chose to go with dark colored cloaks and lighter
tunic colors for a subdued unified look to them. 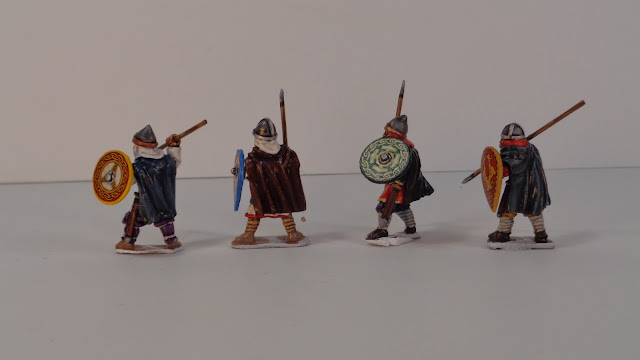 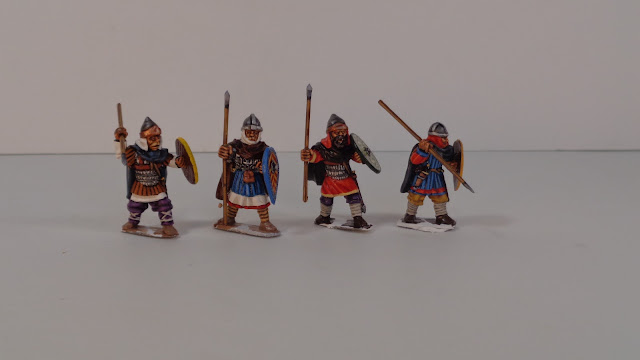 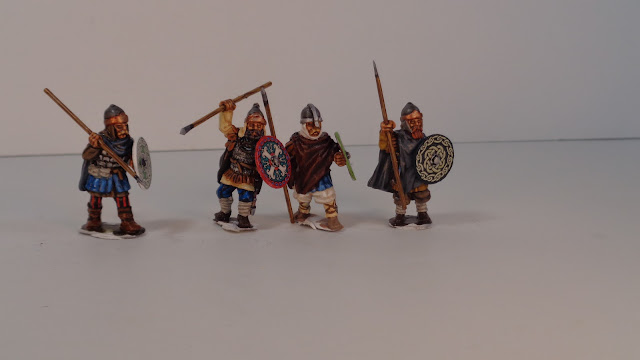 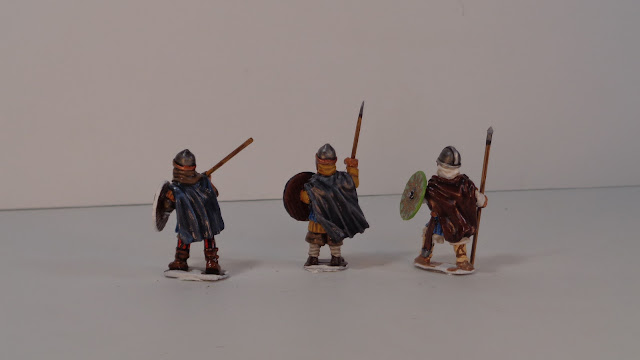 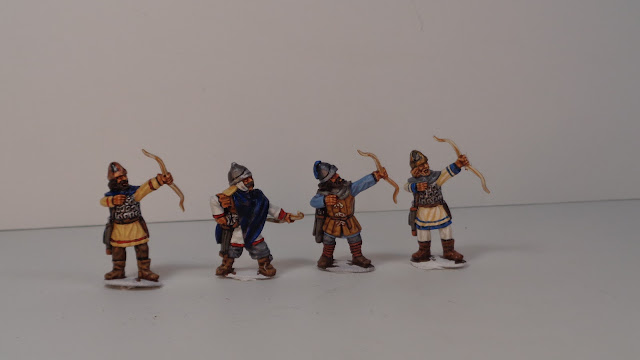 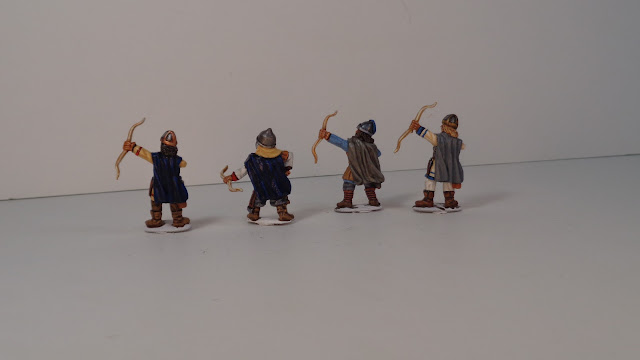 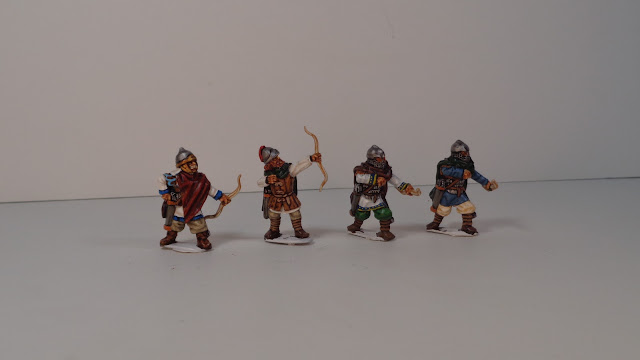 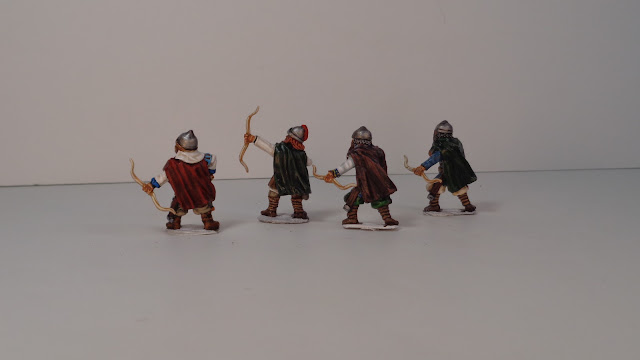 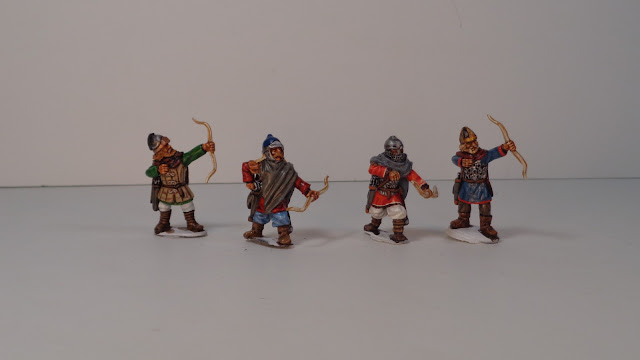 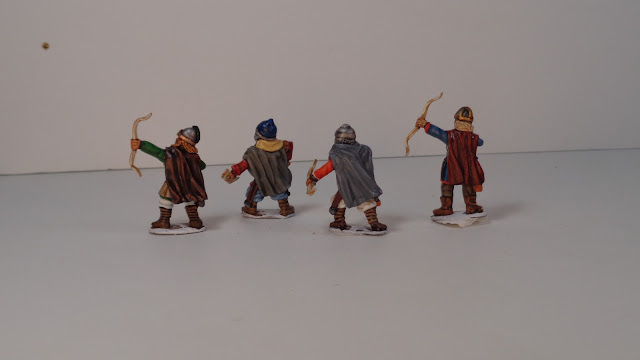 Posted by Oregon painter at 7:04 AM