The Carolingian period in my mind is a great one to represent. The enemies are varied that they fought including Vikings, Arabs, Avars, Middle Saxons and Lombards all being some examples. They have a nice look to them with scarlet leggings being popular as contrasted with blue, white and yellow (or ochre) shirts which were all popular clothing colors.  As with my Saxons it is a project that is a slow fuse one. The other challenge and also a positive of building a Carolingian force is the allied contingents that were utilized and I have yet to decide on all the components and size I plan on having. No doubt some Swabian foot infantry along with some Breton mounted will join in as some Saxons themselves(unless campaigning against them). My current aim is to have roughly 72 (or more) mounted Carolingians themselves of which I have 36 based with others currently painted but yet to be based. The two key manufacturers I have gone with are Gripping Beast and Artizan Design. Both ranges are very nice with my only complaint is the open hand figures of the Artizan figures as the javelins are less than ideally glued on. At any rate....I will in the future include some historical notes and campaigns with both the Carolingians and the Byzantine Empire as my personal collection comprises a large selection of this time frame....so historical campaigns and battles can be replicated. The following figures are Gripping Beast with a group shot of Artizan included and some size comparison pics. 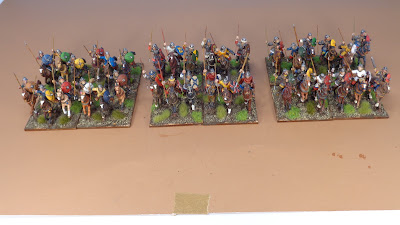 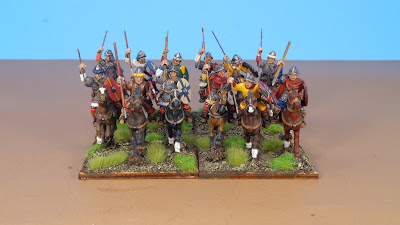 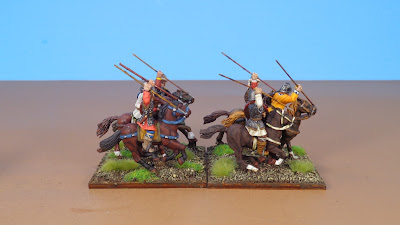 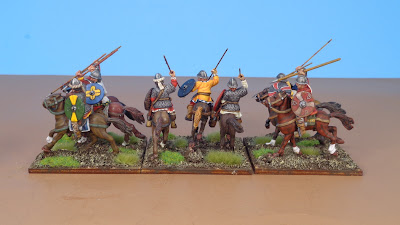 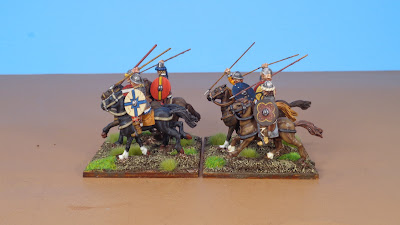 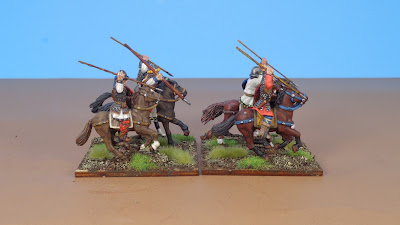