The Teutonic forces are meant to match the Templar in terms of size. Again, mostly Foundry figures and perhaps some Footsore thrown in. They include mounted knights, mounted sergeants and dismounted knights. One of the sergeants had an Islamic type of appearance which was a nice touch to include. The Teutonics went with white which made the other mounted sergeants a little more difficult to paint for any meaning full contrast but I did as much as possible. Black type crosses on white backgrounds was common whether on the horses barding, the habit and shields. However, the Teutonics did add more color to their shields and sometimes a yellowish gold would be utilized on their crosses. It did add a little more color and flavor to painting these. On a final note I made a huge error on the standard......It was noticed after taking the pics but the standard  should be on a cross pole and the angle of the standard is incorrect it needs to be mounted by turning it 90 degrees. 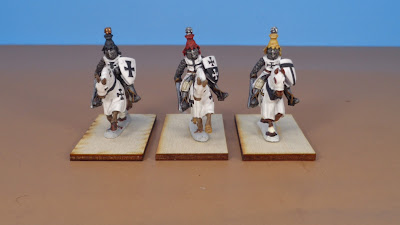 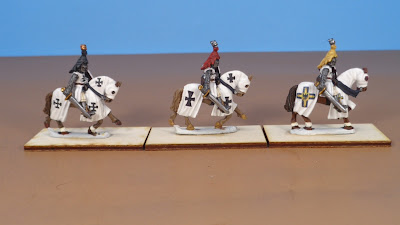 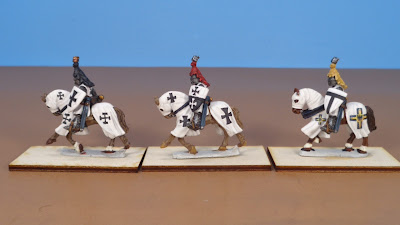 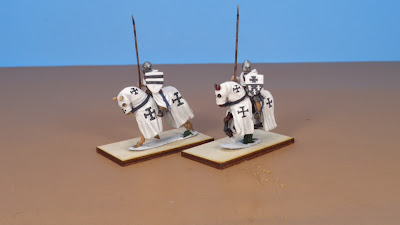 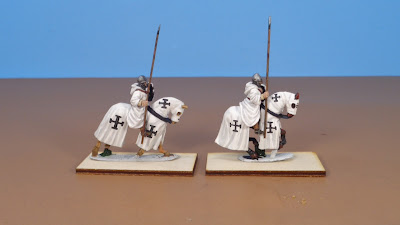 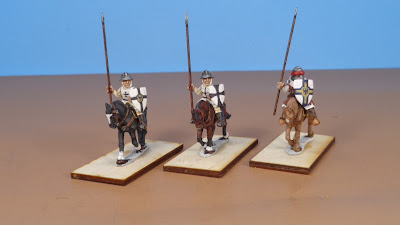 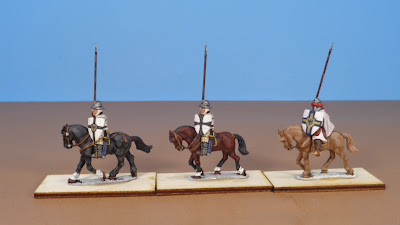 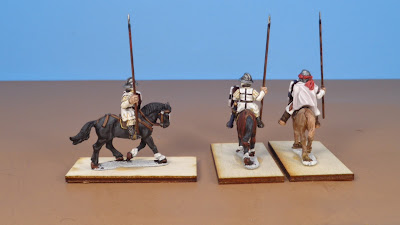 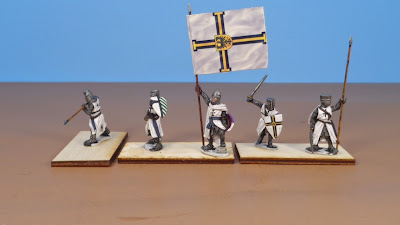 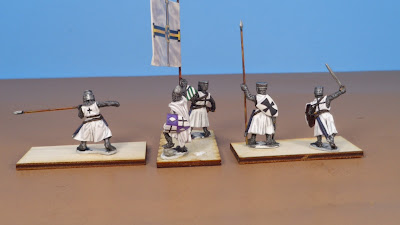 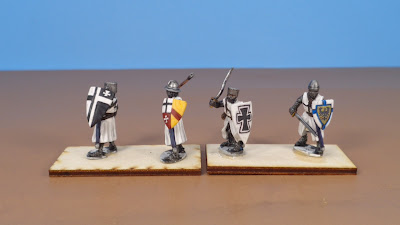 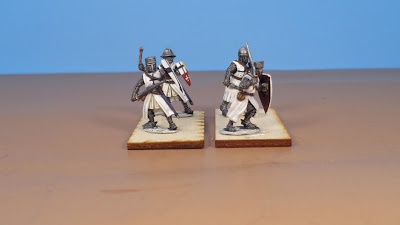 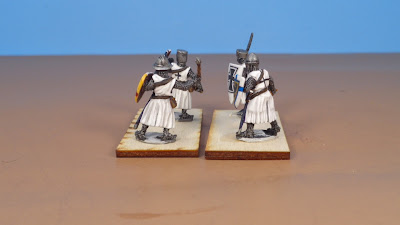 Posted by Oregon painter at 9:11 AM

Email ThisBlogThis!Share to TwitterShare to FacebookShare to Pinterest
Labels: Crusades