These figures comprise nearly 200 figures I painted up as a commission job. The individual already had a large force of Warlord figures already painted up that he would

use to serve as the back rank to the nicer Foundry figures. I did temp mount some of
the figures for ease of taking pictures and also to get a visual of how they would
look in mass. Colors-I used scale 75 paints for the flesh (very nice they are) and on the
metallics I mixed up the helmet colors quite a bit for some variety using a combo of
scale 75 metallics and turbo dork metallic paints. The turbo dork range is unique in
their appearance being very glossy/shiny when applied. Scale 75 of course have
nice metallics in addition to their flesh range. Only issue with scale 75 is some of their
other colors I worry about their durability in terms of regular handling as I have witnessed
some of their colors rub off more easily than I would like to see. Uniforms went with red
for officers, white for standard bearers and musicians, off white for the rank and file.
I used creature casting paints for the uniforms....Ivory on the linen color tunics, I used
their golden brown paint to mix in with the ivory for the shade and bright ivory as the
final highlight. First time using this line of paints.....but I found the mix of those 3 for
the tunics worked nice. On the shields he asked for same color and design on all the
figures....all shields are hand painted. I will post the group pics in the next post. I choose
to not zoom in on the figures with the camera....which I now regret for these as
close up detail not as sharp....my apologies 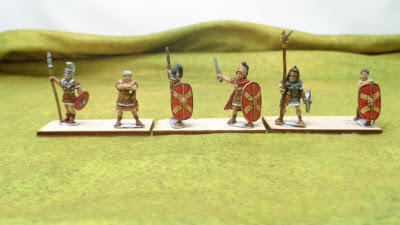 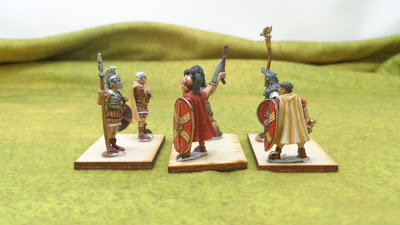 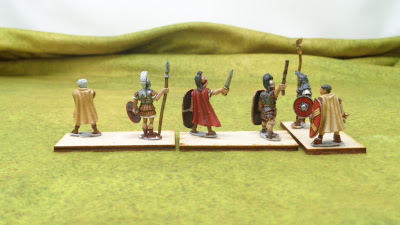 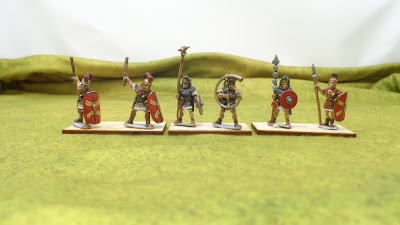 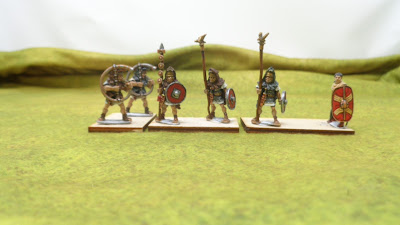 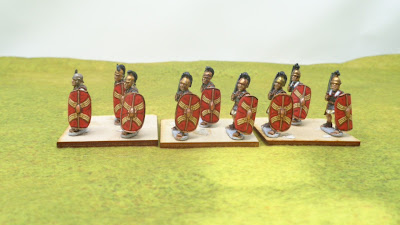 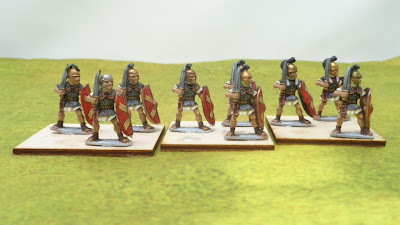 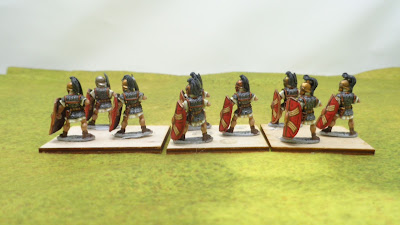 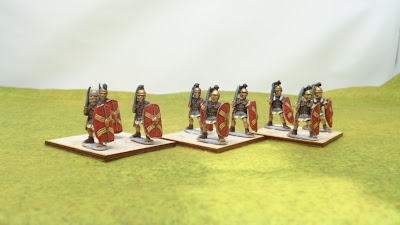 Posted by Oregon painter at 8:50 AM