The following are some miniatures that were kindly sent to me by Perris Cooley.
A quick back ground he was the individual who sculpted Old Glory's 15mm Franco
Prussian range of miniatures. Like myself he has a deep interest in the Byzantine
period and has begun sculpting some 28mm Byzantines. He sent me his first 12
mounted figures he had done. They included 4 Kataphraktoi on fully armored horse,
4 thematic/tagmatic front rank lance figures & 4 rear rank bow armed figures. I know he has
plans to add command figures and infantry as well. His plan is to sell them publicly
at some point and I imagine when that happens there be some type of announcement
probably on TMP when that takes place. As a side note his brother is sculpting a line
of 28mm Franco-Prussian figures which will be marketed as well. The miniatures are
quite nice, take paint easily and the Kataphraktoi horse armor is very well done. They
have closed hands which require to be drilled out which I prefer providing a solid
hold of the weapon. The casting themselves included plenty of variety. I have included
plenty of side and rear angle pics and did a couple comparison pics with both Gripping
Beast and Crusader miniatures for a size comparison. 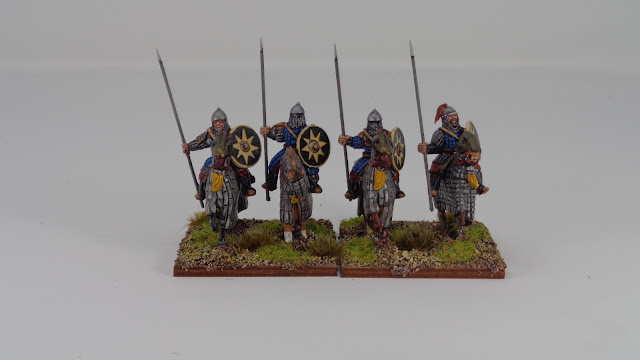 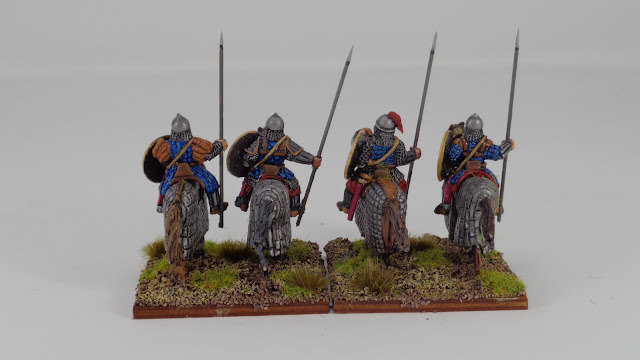 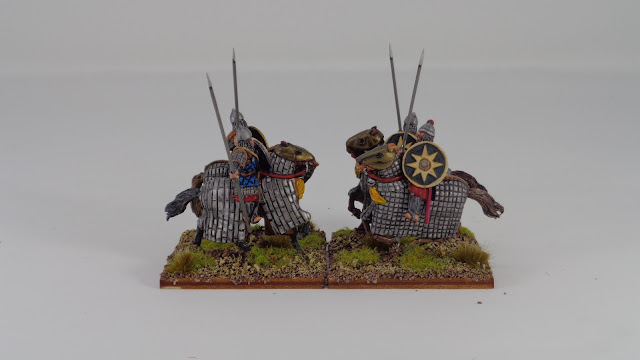 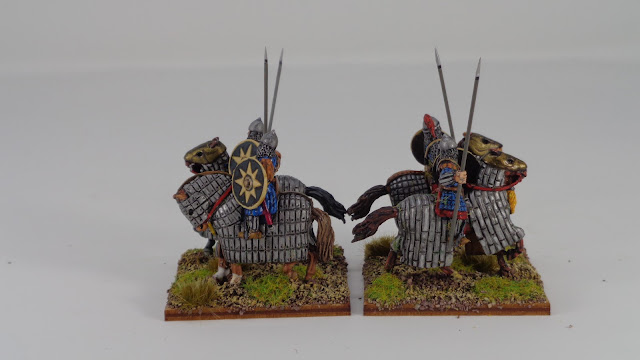 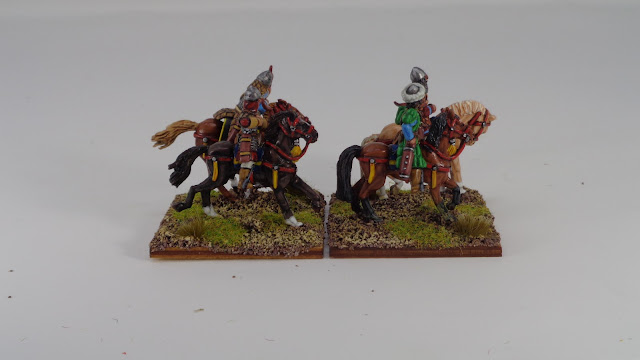 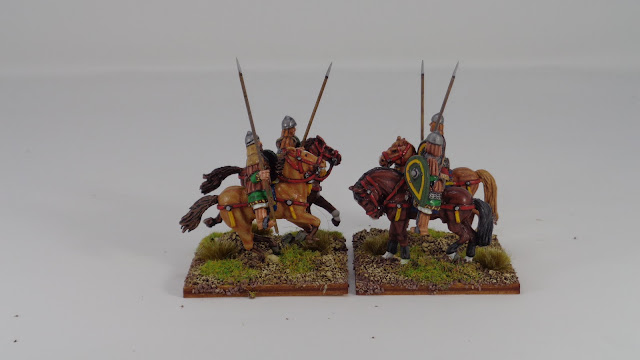 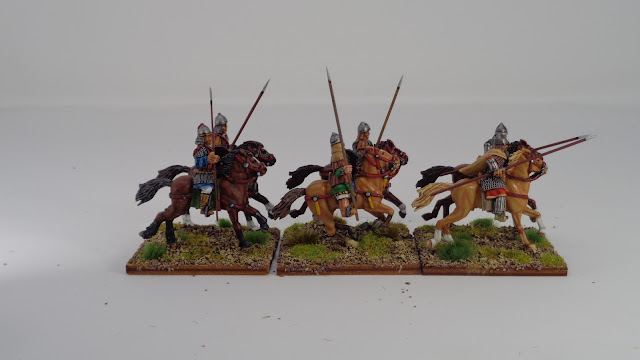 Gripping Beast on the left, Crusader on the right 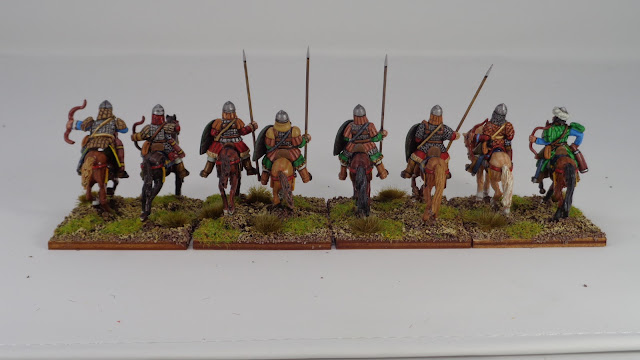 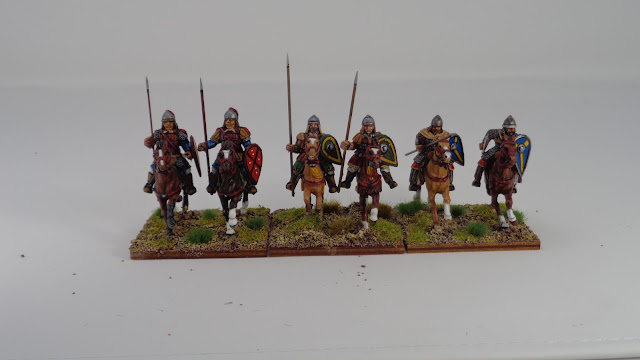 Gripping Beast on the left, Crusader on the right. 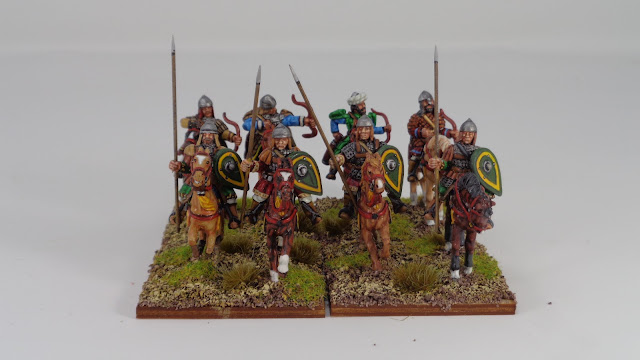 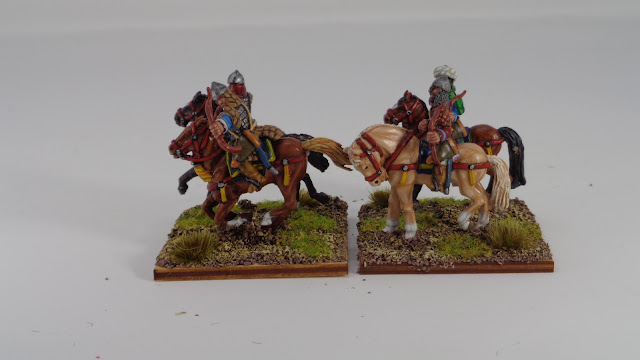 Email ThisBlogThis!Share to TwitterShare to FacebookShare to Pinterest
Labels: Byzantines

How may I order them? I am interested on it

Chris....I just emailed him and that email is no longer functioning....I will get in touch with him and see what I can find out....he is a regular visitor on TMP.....next post I catch from him I will ask him.....he is a school teacher....but can and has sculpted miniatures....in fact old glory range of the Franco Prussian war he was the one who did those figures