I have been painting and collecting numerous figures to form a Goth force. I aim for at least 100 mounted figures with a large percent of them in mail. These are aimed to represent the opponents of the Byzantines during the period under Justinian's rule during the reconquest of Italy. I want  a large percent of them to be armored as undoubtedly the Goths had access to numerous armories that had existed under the control of Rome and continued to operate them to arm their large mounted forces. When doing dark age forces I prefer to go for a unifying appearance of the barbarian type forces to tie them in together. For my Goths lots of various lighter clothing (lots of variations of white/off white) with plenty of trim on both the tunics and leggings. In addition, I added lots of embroidery to the trim. Shields most hand painted with some LBMS transfers added in and kept the patterns to the popularity of the time in appearance. All figures are a mix of Footsore and Gripping Beast figures which mix in together very well. 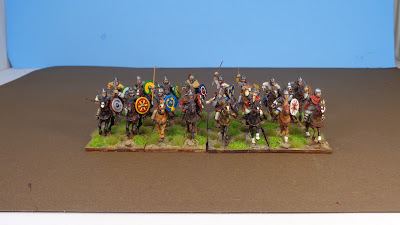 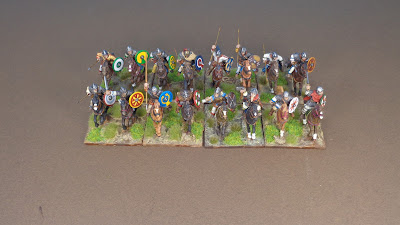 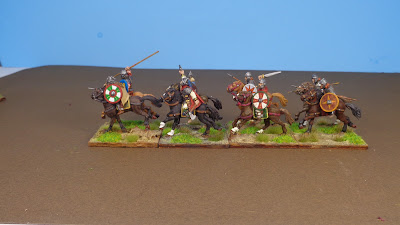 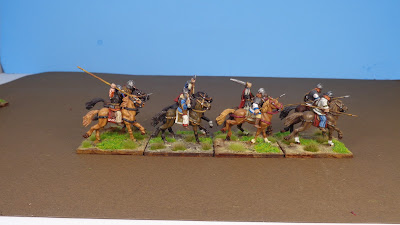 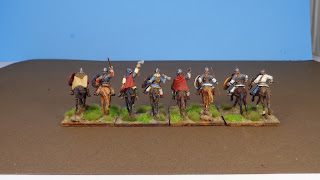 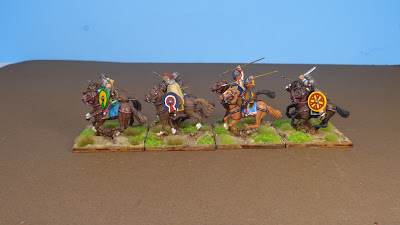 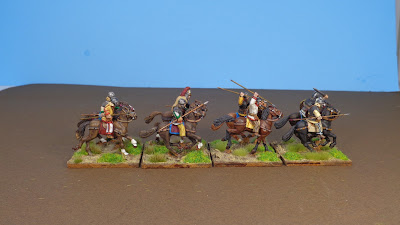 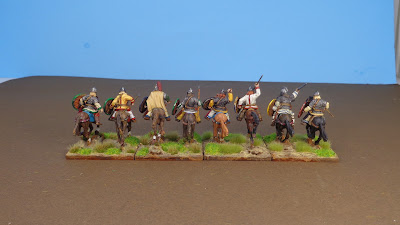 Posted by Oregon painter at 5:30 PM

Email ThisBlogThis!Share to TwitterShare to FacebookShare to Pinterest
Labels: Goths

Very nicely done; thuis will be a pretty substantial army when complete!

Yes I suppose so….appeal of the hobby for me has always been the conceptual appearance of armies.