I decided to collect some of the Hun figures produced by Footsore miniatures. The gold standard to me was always the Foundry figures but with the addition of Gripping Beast, Aventine Miniatures and now Footsore the possibilities are endless. These figures are all quite nice and personally I am very fond of them. I kept the Noble figures based separately from the lighter equipped forces which is the conventional reasoning among wargamers. I must admit when it comes to the Huns an argument could be made they may not have made this distinction. The Huns where never adverse to closing to hand to hand combat and it might be the front ranks of their units were the better armored of their forces. I did wrestle with basing them together in the same units before deciding to do separately. At any rate the Noble figures are very well done by Footsore and are highly recommended. 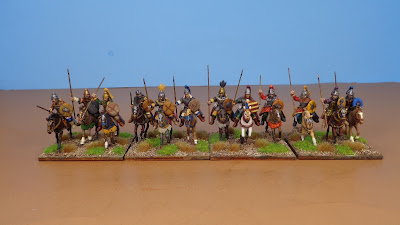 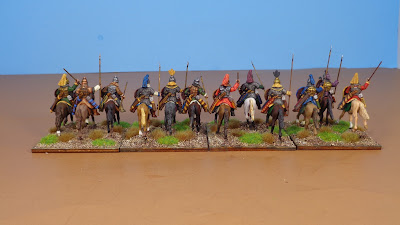 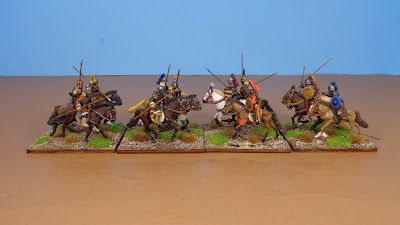 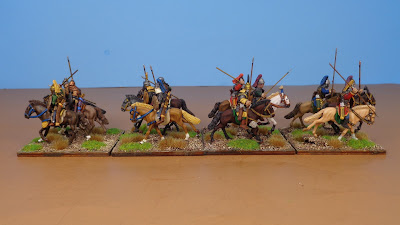 Posted by Oregon painter at 9:12 AM

Email ThisBlogThis!Share to TwitterShare to FacebookShare to Pinterest
Labels: Huns

Really nicely done and saved for reference for when I get to mine! Great figures. Also enjoying going back through all your posts. Marvelous body of work here.

Thank you very much. Most importantly I’m glad you be able to use them for reference as that is the point of troubling myself to post pics….that others can utilize them. Arrow quivers and sword scabbards adding a little detail to those items can make the figures stand out quite a bit.