These figures probably need no introduction as they have been around for decades by Wargame Foundry and still represent the better 25/28 (they are more 25 in size) biblical time frame in existence. These are temporary mounted on bases as they are painted for someone else who will provide the basing. He asked for variety of color schemes and shield colors something which would fit the historical appearance of such forces. Red and blues were known colors for the Assyrians but an uniform appearance would be more fitting for the standing army units not so much for the auxiliary units. I still intermixed red and blue colors with plenty of off whites/creams and such with additional patterns added in on the cloth. Iron was often used by this time in history both for the helmets and spearpoints but some bronze armor would not be out of placed. 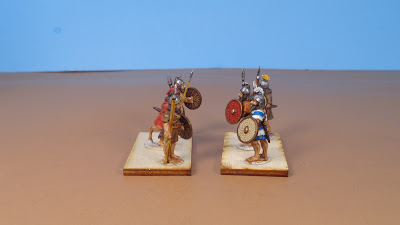 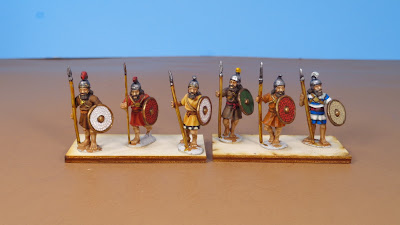 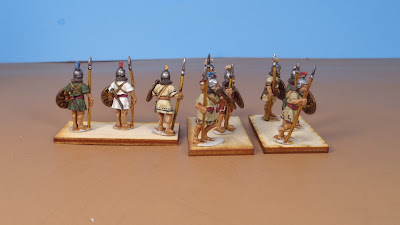 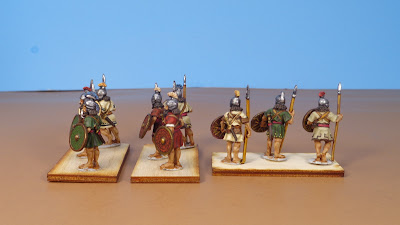 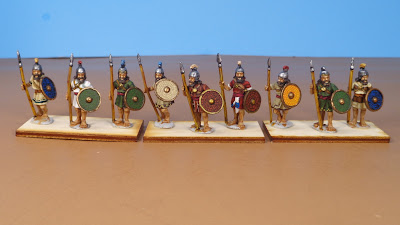 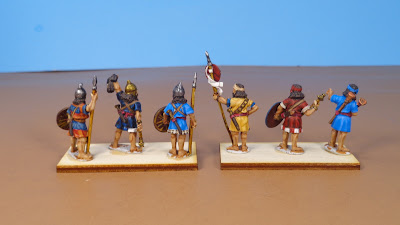 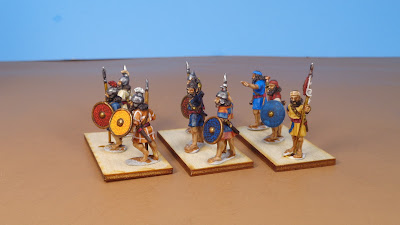 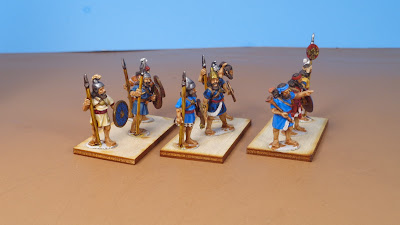 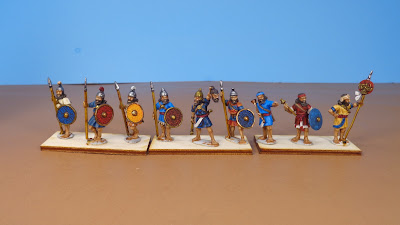 Email ThisBlogThis!Share to TwitterShare to FacebookShare to Pinterest
Labels: Assyrians