The following are all Artizan Design viking figures. I have been painting up quite a large force of Vikings for another individual and these are the last of the group. Though I have plenty of viking pictures of various miniatures these are the first of Artizan Design I have posted and thought I would post them for anyone who like a look at some of them painted up. I have also altered from a white backdrop to darker colors and continued experimentation with the camera to help preserve better pictures....as I have found it difficult to balance being too dark and yet going to light/bright which over emphasizes color contrast. As a general rule I layer from a dark color with well thinned paint....I do not use triads per se....simply add a highlight color in increasing amounts from the original dark base coat to avoid hard contrast lines. But too much brightness added to pictures over intensifies that appearance beyond what they appear in normal lighting. 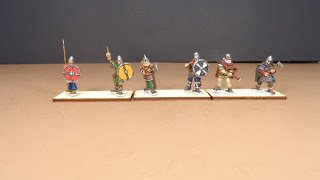 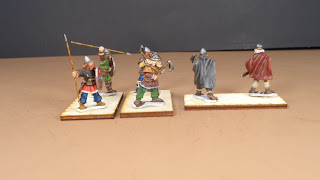 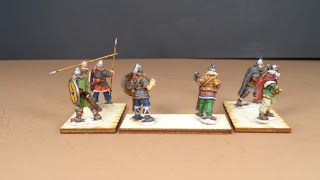 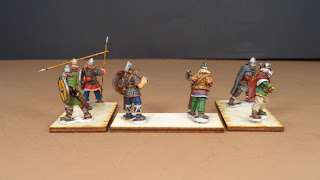 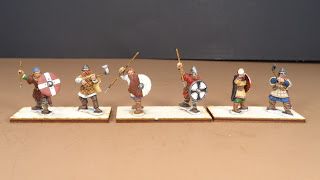 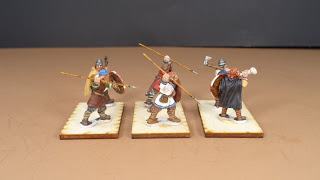 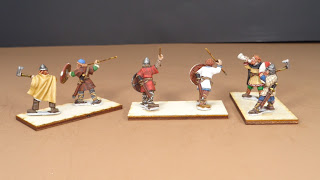 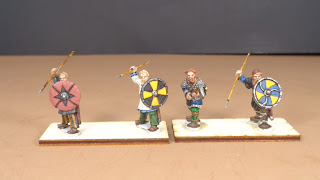 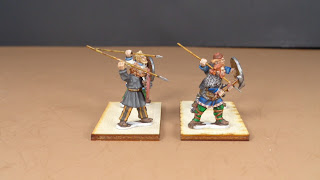 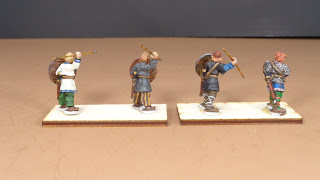 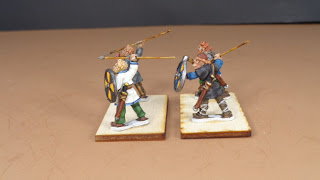