Some recently painted miniatures I did for someone who is building a later
Macedonian army. These figures have been around for some time from A&A and
like all of the miniatures A&A offer are quite nice. Cretans were noted for wearing red
so went with that color...actually an off red closer to a madder red but they seem to look
appropriate. On a side note not only were the Cretans noted for their ability with the
bow but were also known for being able to fight at close quarters with their swords also. 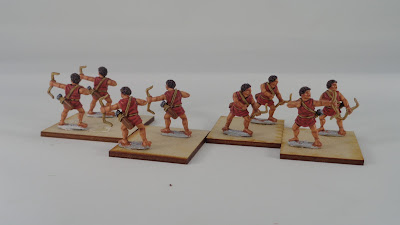 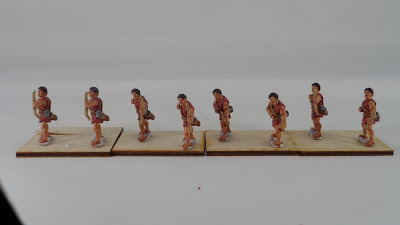 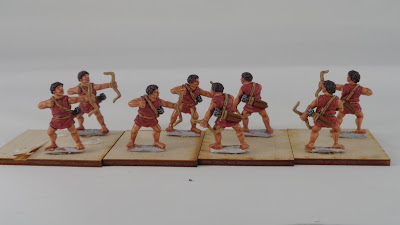