I have added to my Steppe Army that can be used as either an Avar or a Bulgar force.
This unit brings me up to a total of 48 Nobles to join my 48 lighter cavalry and Slavic
infantry. I do have plans to add at least one additional Noble unit and very much hoping
that Perris who sculpted the new range of Byzantines that are on my blog will eventually
do some Bulgars which I know he wants to do. These Aventine sculpts are quite impressive
and though I mostly paint for the mass effect (I like having large armies) these miniatures
if one wanted to take the time could really stand out far beyond the work I put into them.
I cannot recommend them enough as I hope my pics at least show. 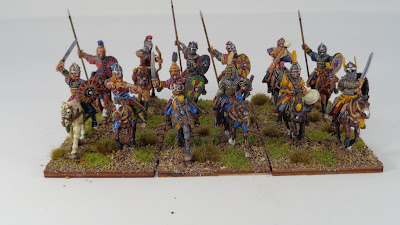 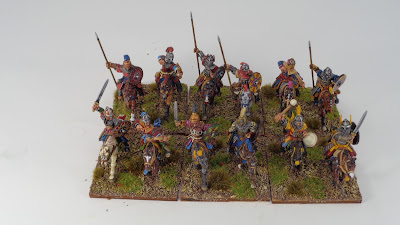 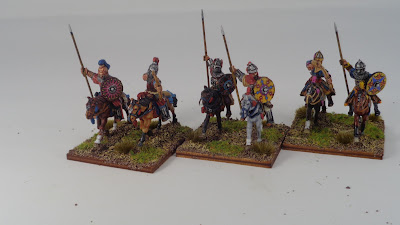 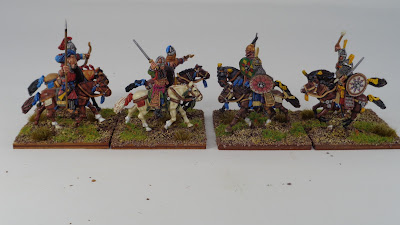 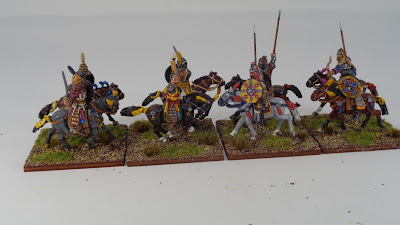 Posted by Oregon painter at 8:54 AM