About a year ago some one from TMP very kindly passed on quite a few of A&A and Aventine
Sassanian miniatures they had. Its taken me some time to finely get to these miniatures as they
lagged behind both my Later Achaemenid Persian cavalry and Steppe cavalry in line to be
painted. So for the rest of the year the plan is to work thru these miniatures with the intention
to post monthly a new grouping of what I have managed to paint. My aim is have over a hundred
of the mounted arm with another hundred foot at the very least. Considering the intense
amount of work to painting up these figures a lofty goal indeed but one when finished should look
quite intimating i hope. The figure lines are quite interchangable, as i have mounted some of the
A&A figures on Aventine horse and Aventine on A&A steeds. The initial concentration is on the
Clibanarii cavalry which were the backbone of the Sassanid army being their professional soldiers
supplied by warrior nobles. The amount of work is intensive, the horses alone with all their armor
and decorations taking a fair amount of time to paint. In addition though certain colors were
popular with the Sassanians(crimson, dark and light blue, almond green, various shades of
purple) I do not feel their was any true uniform appearance to their units which in itself increases
the painting time. So with that said onto the pics. I do plan on units of 16 for the clibanarii each
with their own banner to identify each unit for the table top. 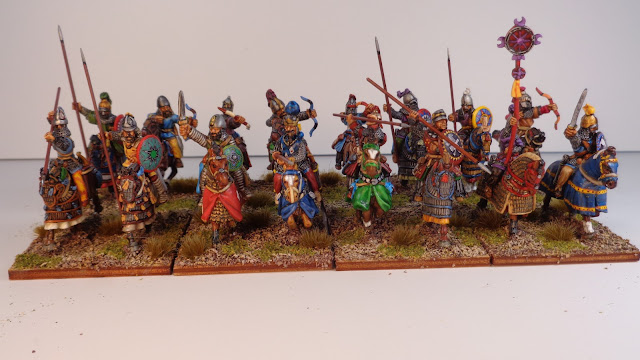 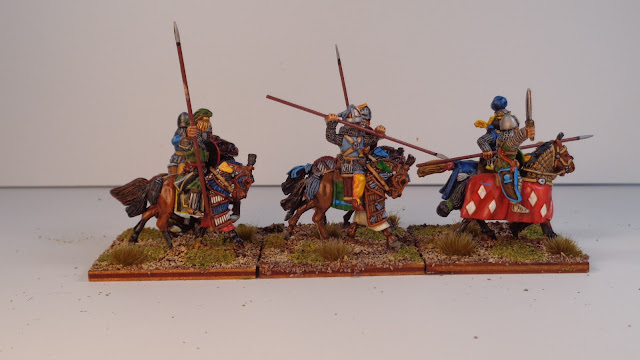 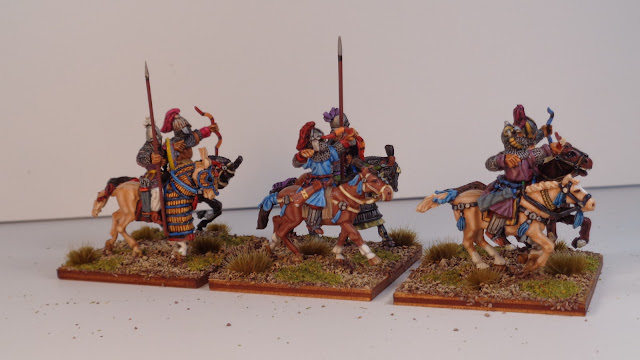 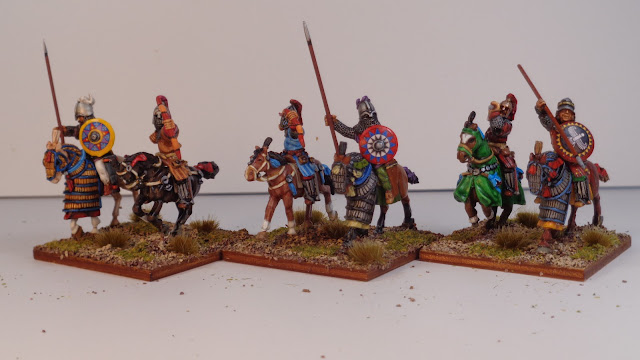 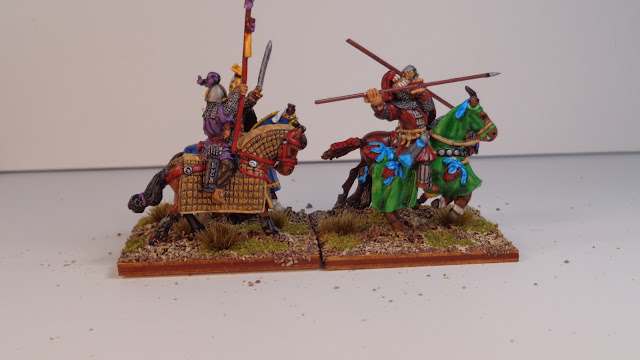 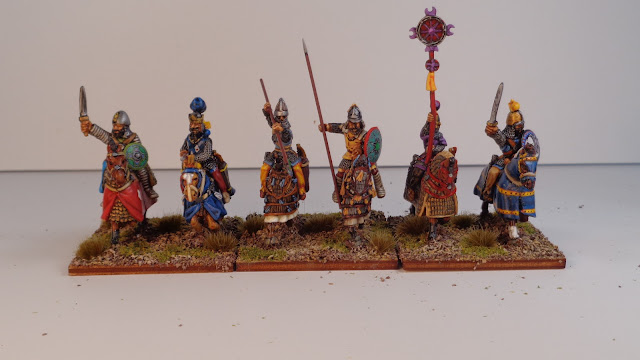 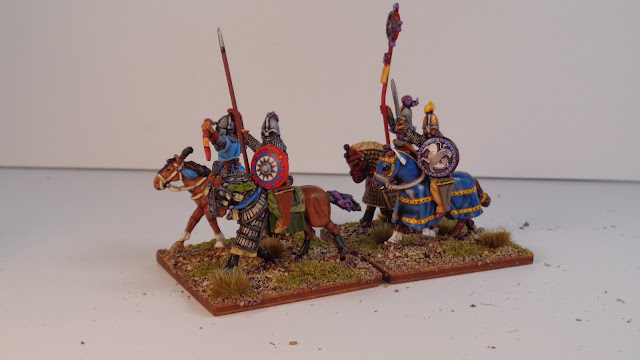 Posted by Oregon painter at 4:10 PM