First, let me state i have a deep interest in the campaigns of Alexander the Great having read numerous books on his army, battles, and campaigns. The Persian army in of itself is not
a huge fascination with me but has to play a pivotal role in recreating Alexanders battles on the
table top. I considered using Newline Designs 20mm range briefly as a particular TMPer
has painted some fine looking Romans/Italians from their range and have always enjoyed viewing
his fine work and imagined how impressive a Macedonian and Persian army would look! Plus the
daunting task of painting a vast amount of Persian cavalry that Daruis had access to gave me
pause. In the end i choose to stick with 28mm figures due to two ranges available for the Persian
mounted force those being Battle Standard and Casting Room miniatures. They mixed fine
size wise (have comparison shot below) though the Battle Standard heavy cavalry are a little bigger.
The Battle Standard range is large 28mm but offer a large variety of miniatures that paint up well
at a favorable price. Casting room miniatures allow me to add even more variety though at a
higher cost. Luckily i bought all mine on sale in large quantity to help keep the cost down. Before
moving on to the pics I chose to paint some regiments in a uniformed appearance as i would
imagine the standing regiments would be somewhat organized in similar colors. Other regiments
in a general levy the size of the Persian empire probably not so much. 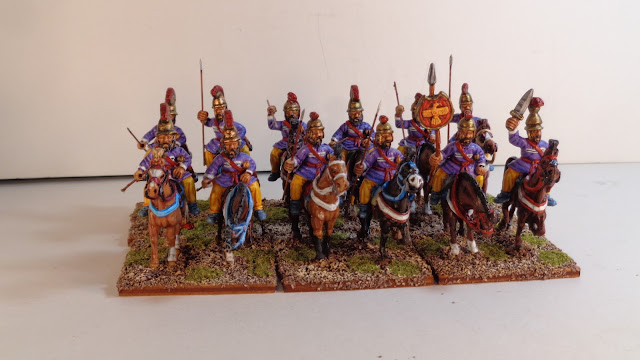 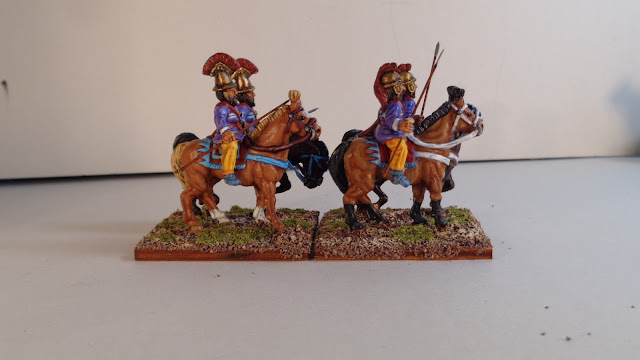 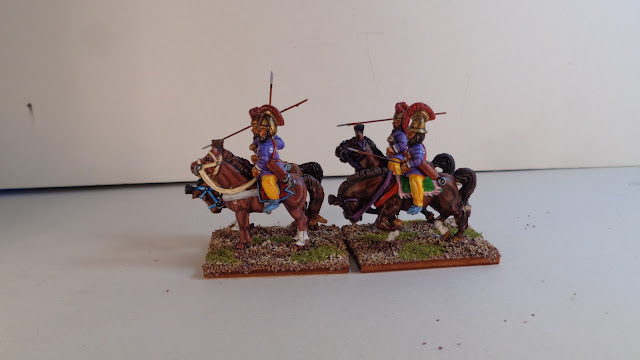 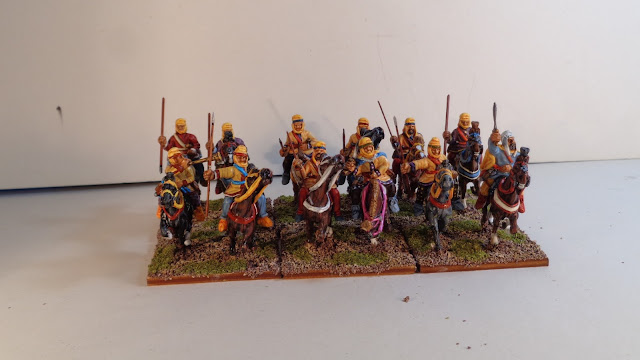 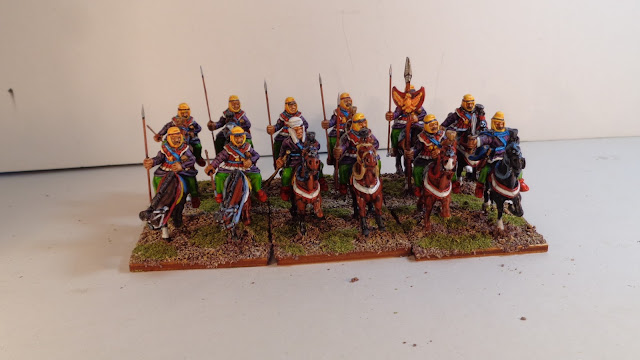 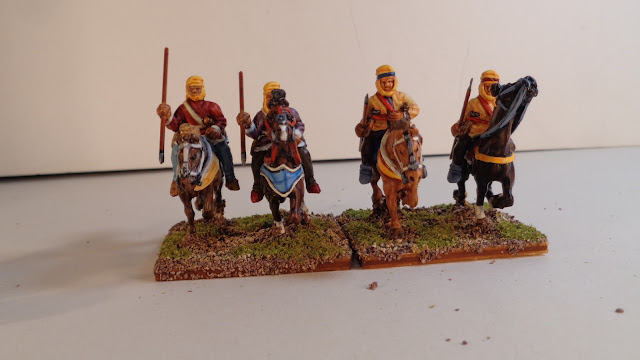 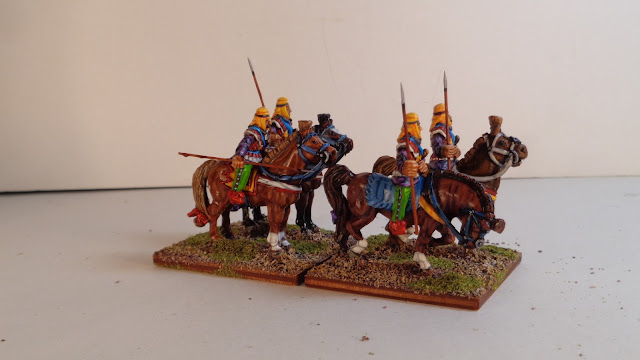 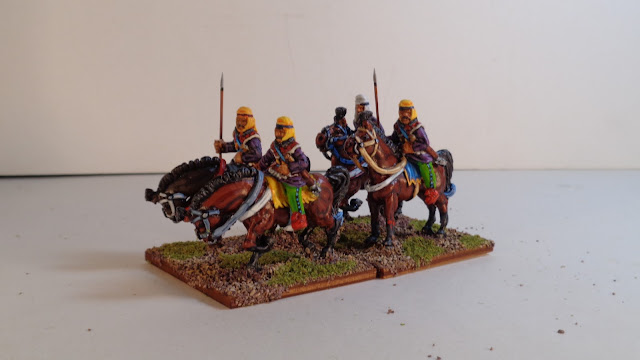 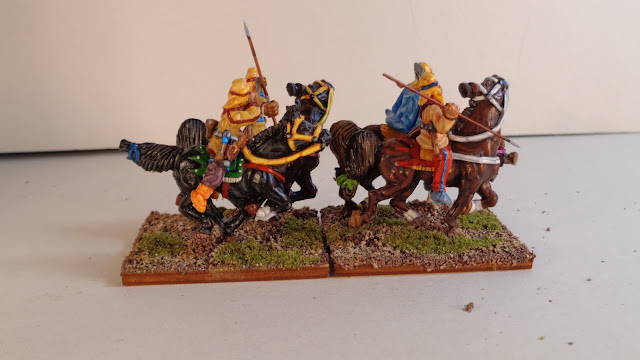 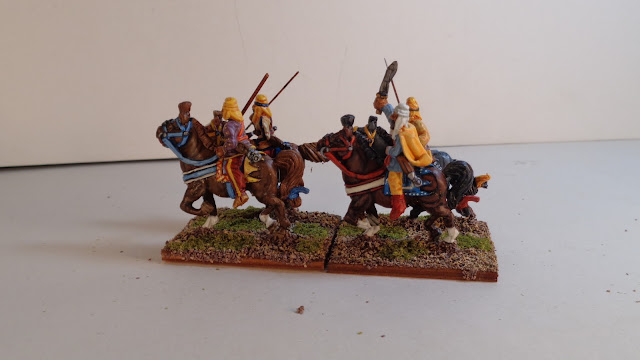 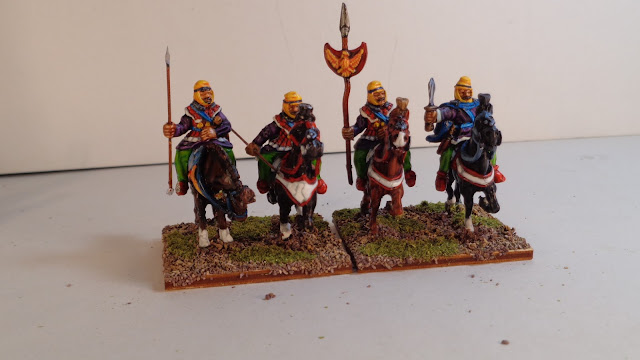