The following are a small group of figures I painted on behalf of someone else. He will provide the basing and obviously they are intentionally mounted on individual bases for how he will use them. He asked that they resemble more of a Russ appearance or at least Vikings that have an eastern influenced appearance about them. The biggest difference is in the shields as  Viking opted for mostly plain colors often separated into quarters and halves with different colors. For the Russ different painted patterns depicted on the shield were common. Colors for clothing often be off whites, creams and other shades of linen wools. Naturally, other earth tones as well as red and deep blue would not be out of place. The manufacturers are a variety of miniatures Gripping Beast, Artizan and Footsore. 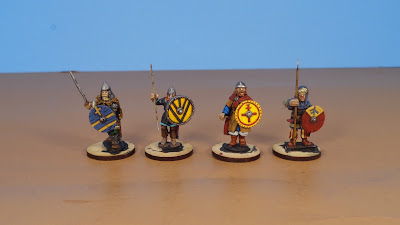 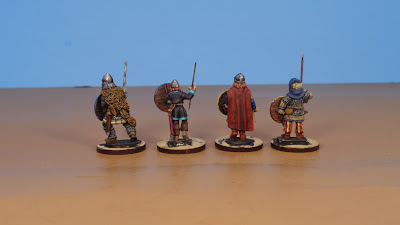 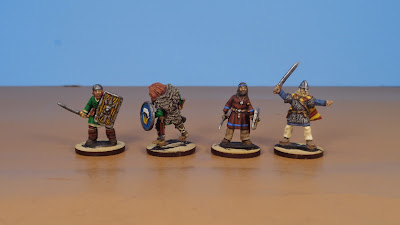 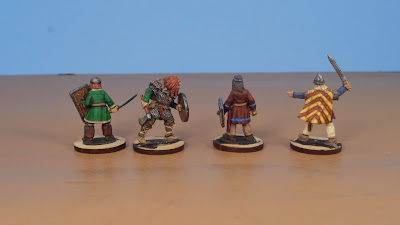 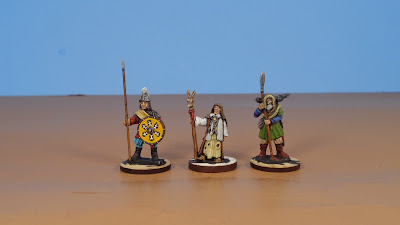 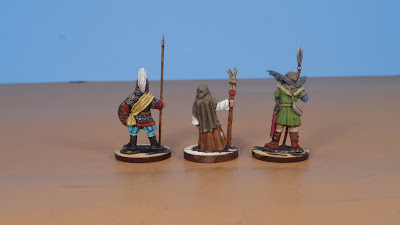 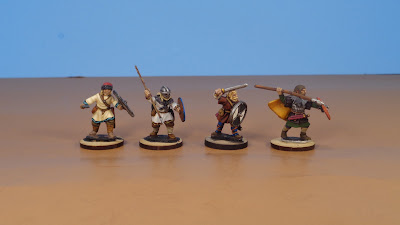 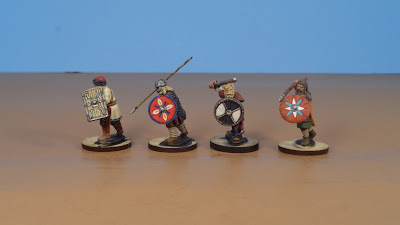 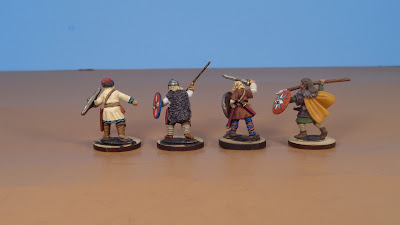 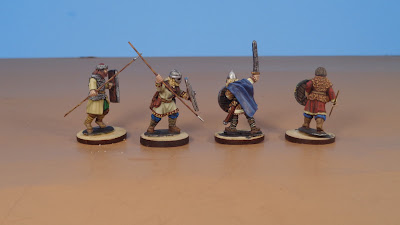 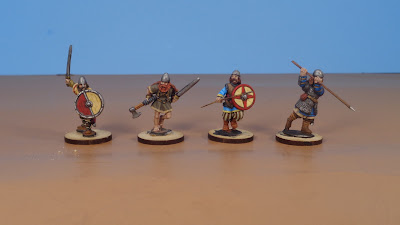 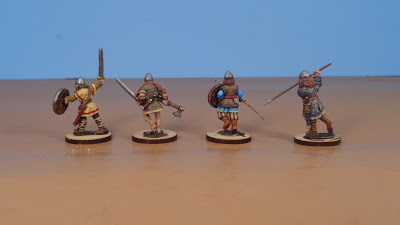 Posted by Oregon painter at 9:33 AM

Email ThisBlogThis!Share to TwitterShare to FacebookShare to Pinterest
Labels: Russ