The following pics make up one half of my Slavic infantry that would of fought under
both the Bulgars and Avar forces. The Slavs had the ability to deploy a fair amount of
bow armed infantry in which I have collected a total of 48 figures. The pics do not account
for all 48 but of a sampling  of them. I have also painted nearly a 100 spear armed infantry which will complete the Slavic contingent of my steppe armies. I did choose to go with a paint scheme on these with linen colored clothing which was in much use (some sources indicate over time they would fade into more of a greyish color) during this time frame. I also like to give each dark age army a themed look and using as many creams, off whites, and light grey colors really tied these figures together. Most of the models came from either
Foundry or their off shoot Casting room miniatures Germanic ranges and a few Dacian
range line of miniatures. Later this month I plan on posting the heavier Slavic infantry. 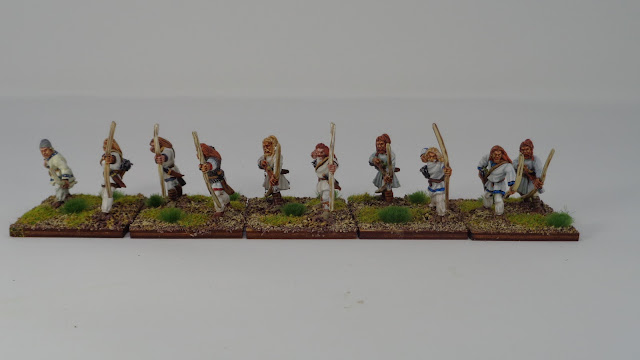 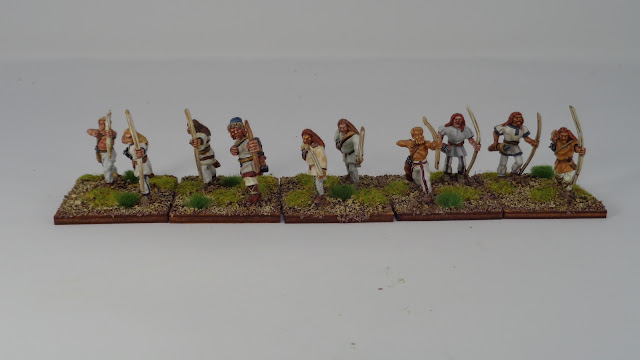 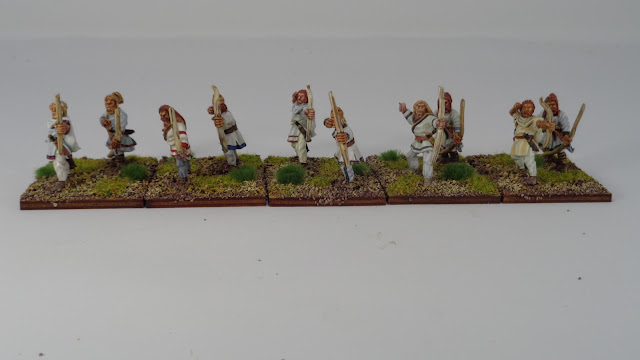 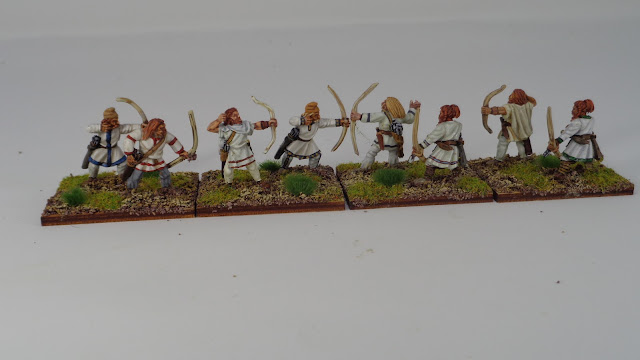 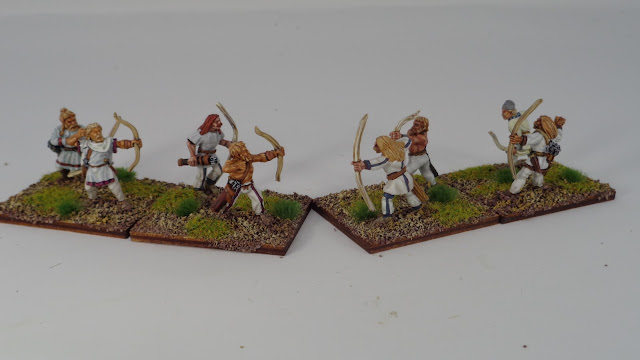 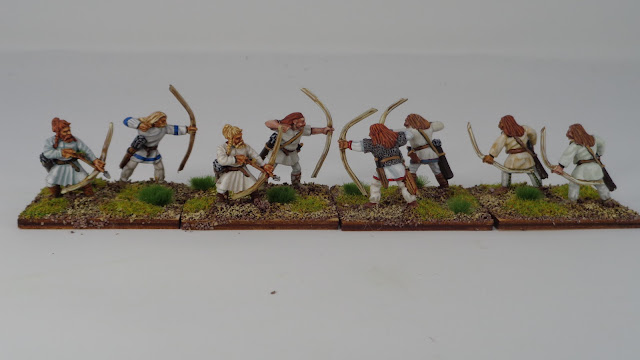 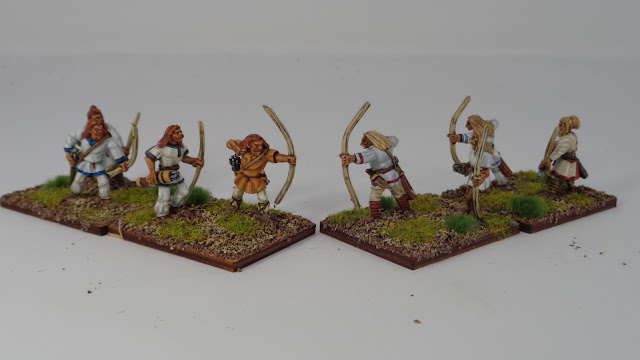